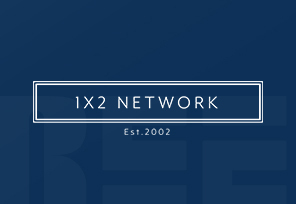 1X2 Network announces exciting news! Namely, it has made another major move that will see the expansion of its business roots, allowing it to reach an even wider audience!

The brand announced that it sealed another distribution agreement with Bucharest-based online gaming aggregator, Reevo!

What Does This Mean?

According to the agreement signed by both parties, 1X2 Network will distribute its content on its newest partner’s platform.

The integration will include an array of the developer’s most popular titles that experienced great popularity shortly after launch.

The distribution will also include content from 1X2 Network’s development arm, 1X2gaming as well as products from its subsidiary, games studio, Iron Dog Studio!

Iron Dog has achieved great success in a short time. It was established in 2017, and its portfolio has expanded drastically since then. This studio will support a new collaboration with various of its titles, including the recently launched Solar Nova, Wolf Strike: Hold and Win, as well as God of Asgard: Megaways, and much more!

Chris Loftus, 1X2 Network Commercial Director, said:“Reevo is a vibrant and eye-catching new company that is destined to do great things in this industry, and that’s why we wanted to partner with them. We have extremely strong and longstanding partnerships with top-tier providers, but we’re always on the lookout for dynamic startups that are making waves. We’re delighted to be in a position to bolster Reevo’s excellent aggregation platform.”

Yaniv Tal – Reevo CEO said:“As a continuously growing platform, it’s really exciting to partner with an industry pioneer like the 1X2 Network, and we’re thrilled they want to be part of our developing story. We have an ambitious roadmap for growth and this partnership represents a major step forward for Reevo.”

As we can conclude, both brands will be able to take great benefits from this amazing strategic agreement. First of all, as we have already mentioned, 1X2 Network will reach an even wider audience, launch its products on the platforms of popular brands, and improve its position in the iGaming industry. On the other hand, Reevo will expand its offering with plenty of amazing products that will surely delight its clients!