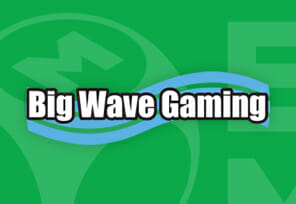 One of the most famous casino software developers in the iGaming industry, EveryMatrix, has partnered with Big Wave Gaming. Some of the titles from the high-quality portfolio of this Sydney-based company will be available on the RGS Matrix solution platform. Using EveryMatrix’s platform, Big Wave will continue towards its goal of expanding the company with new products, which will also be launched on the RGS Matrix platform as agreed.

Ashley Bloor, Business Owner of RGS Matrix, says: “RGS Matrix has become a core component of the company’s product portfolio. The industry’s positive feedback and support of our product have led to outstanding and exponential growth. I am excited to welcome Big Wave Gaming as our newest game supplier expanding the diversity of our offering and I’m looking forward to a fruitful partnership.”

Ivan Rungkat, CEO of Big Wave Gaming added that he is happy because his company is in cooperation with EveryMatrix provider through which they will be able to develop its titles. He added that the whole process is going very well for now, which provides a sense of security and confidence when it comes to this partnership. In the end, he said that he hopes that this would be a successful, long-term cooperation.

Big Wave Gaming is a Sydney-based provider that doesn’t boast a large number of games, but it can certainly go head-to-head with bigger brands in terms of game quality. The company is guided by the logic of quality, not quantity. Its CEO has over 15 years of experience as a game designer.

Some of the more popular titles you can find in its slot library include Cho Han, Wild Wild West 2120, The Maiden and The Swordman, and Condor Hero. Among its partners include Greentube, Novomatic, SkyWind Group, FunFair Technologies, and Stars Group.

EveryMatrix, on the other hand, was founded in 2008 and has so far expanded its network to several countries. The company is headquartered in Saint Julian’s, Malta, but has its main operations office in Bucharest, Romania. Clients with whom this company cooperates include MyBet, MaxBet and OptiBet.

EveryMatrix is licensed and regulated by the UK Gambling Commission as well as by the Malta Gaming Authority.