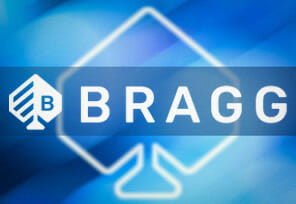 Bragg Gaming Group has announced that it will buy casino software developer, Spin Games, and the $30m purchase is expected to be completed early next year.

According to the agreement made in May of this year, this brand should pay $10m in cash, while the other $20m will be from the common stock of Bragg.

Bragg Gaming Group is expected to complete its purchase early next year. Namely, the purchase process is a bit more complicated than we think given that the company needs to secure the necessary regulatory approvals. One of the approvals was regarding the Pennsylvania Gaming Control Board which gave its thumbs up on December 15th.

Bragg’s chief strategy officer, Yaniv Spielberg, said: ”As we near the completion of our Spin Games acquisition, we are excited by our near-term US growth prospects, as the transaction marks further progress against our content monetization and addressable market expansion initiatives. Spin’s existing relationships with the leading US iGaming operators and accomplished management team under [Spin Games founder and CEO] Kent Young will significantly accelerate our entry into the US iGaming market and we remain on schedule to substantially grow our year-end 2022 total addressable market to more than $18bn. We also expect the total addressable market will expand further as new states approve iGaming.”

Bragg Gaming was founded in 2018 and operates in Europe and North America. The company offers its customers gaming technology as well as the developer ORYX Gaming in Europe, but also Wild Streak Gaming which is located in Las Vegas, Nevada.

The company is headquartered in London, UK, and boasts a team of experts made up of between 200 and 500 employees.

In May, Bragg announced the acquisition of Spin Games LLC, which is located in Nevada, US.