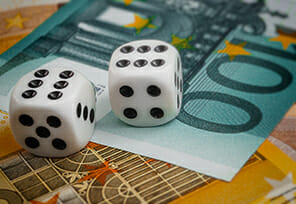 Although the Dutch iGaming market has been relatively recently regulated, it has become very popular in a short time. In this regard, an increasing number of developers and operators want to break through to the very top and guarantee a good position in this market.

The well-known Belgium-based operator Casino de Spa has received the necessary approval from the authorities to launch its offering on the internet as well. Namely, the Kansspelautoriteit (KSA) gave thumb up to this brand by issuing it a new license.

Thanks to this new iGaming license, Casino de Spa will allow its Dutch customers to try their favorite form of entertainment online.

This popular company has guaranteed approval that will be valid for the next 5 years, which went into effect on February 2nd.

Casino de Spa will launch its offering in the Netherlands and start cooperating with local players thanks to its Casino777.be online brand.

The venue is considered one of the oldest land-based operators in the world, and with this step, it has become the 12th company to receive approval to operate in the new market launched on October 1st of last year.

This is an important milestone for the brand given the popularity of this market. Namely, by entering the Netherlands, the operator will further expand its business scope and thus drastically improve its position in the iGaming industry. Also, the company will be approaching an even greater number of punters who are surely looking forward to indulging in their favorite form of online entertainment!

This Dutch gambling regulator has given approval to several brands in the previous period. The well-known casino supplier BtoBet, CT Interactive, Spearhead Studios as well as many others already left their mark on the Dutch iGaming market.

These Brands Will Offer…?

BtoBet will launch its Neuron 3 sportsbook platform in the Netherlands, a product the company is very proud of. This platform will allow BtoBet’s partner operators to improve the experience of players during the game.

Thanks to the new license, CT Interactive will have the opportunity to launch its portfolio on this market and thus enable punters from this country to finally try out the company’s titles that they have been looking forward to for a long time.

The Dutch Gambling Authority has also certified the well-known casino software developer Spearhead Studio. Thanks to this approval, which applies to the brand’s proprietary casino content as well as its RGS platform, Dutch punters will be able to explore many the company’s online products.