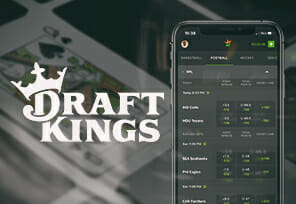 The New Year has started off great for New York State punters. As of January 8, 2022, it has become legal in this state to wager on sports betting. This added New York to the list of about 30 states in which this type of entertainment is legal.

Players could hardly wait for this move for the state, as evidenced by the first data on how much punters have invested so far since this type of entertainment was legalized.

DraftKings is one of four online sports betting platforms that have offered residents in this state the ability to place bets on their favorite players or teams. The company also announced how the first weekend went.

Who Was the Most Interesting to Players?

The National Football League definitely attracted the most attention to players given that 46% of the handles came from it, while 24% is from National Basketball Association. About 6% and 5% of the handle came from college basketball and college football.

Given the popularity of the sport, it’s no wonder that 60% of bets in this state are placed on the NFL. However, the NBA also became famous with 24%. College basketball and college football took 6% and 5% of total stakes here as well.

During the first weekend, players invested the most money in KC Chiefs. However, the Dallas Cowboys and Philadelphia Eagles also attracted a lot of attention from players. There was no less interest in the Buffalo Bills, Indiana Colts, Green Bay Packers, but also the Jets, and the Knicks from New York.

The most prominent player was the Chief’s Patrick Mahomes on whom punters invested a huge sum of money. In second place was Drew Lock and in third and fourth Travis Kelce and Javonte Williams.

The data shows us that sports betting in this state had a very good start. Players are more than satisfied, according to the above numbers. We believe that this initial success will continue in an upward trajectory in the future.