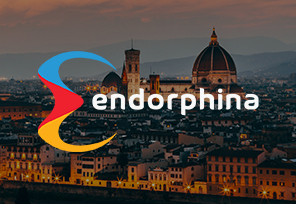 Endorphina, one of the most well-known casino software developers in the iGaming industry, announced that the company has taken another step towards meeting its global expansion goal.

Namely, this Czech-based provider said that the company will launch some of its most popular online releases in Italy thanks to the recently guaranteed certificate.

Why Is This Step So Important?

The approval that Endorphina received for some of its online slots marked an important milestone that will see an expansion of the supplier’s business roots. Italy is one of the key European markets with a large audience of players that will surely adore these titles.

Special Delivery for the Italian Market!

Endorphina also announced that the company’s hits such as the 2022 HitSlot, Lucky Streak series, Aus Dem Tal, Football Superstar, and many others will be included in the distribution.

If you want to find out the full list of online casino products that will be available in this market, you can find this information on the company’s official website.

We believe that a lot of good news awaits us soon regarding the partnerships between this innovative developer and the casinos operating in this market.

Zdenek Llosa, Senior Sales Manager at Endorphina, gave his comment regarding the new expansion and said in the statement: ” “Italy is the second-largest market in Europe. At Endorphina, we cannot be happier to announce that an exclusive selection of games are now certified for the Italian market. On a personal level, I think it is such a success that our games have reached such an important market. We have an interesting roadmap of prominent operators looking forward to our content. We feel confident our games will resonate within the Italian audience and that we’ll establish ourselves as a top provider in the region. ”

About the Brand and Its Previous Moves

Endorphina is one of the globally renowned B2B software developers who joined the iGaming industry in 2012. The main headquarters of this brand is located in one of the most beautiful cities in Europe – Prague, Czech Republic, and the brand’s team numbers over 100 highly educated professionals.

The supplier holds several licenses including the ones issued by the Malta Gaming Authority (MGA), the Romanian National Gambling Office (ONJN) as well as ISO and its products are certified for the Dutch market as well.

Endorphina boasts a long list of partners, including some of the most famous operators, providers, etc. The developer has shaken hands with Gamingtec, iGaming Platform, SOFTSWISS, BetConstruct, EveryMatrix, iSoftBet, but also with media partners including LCB as well as many other companies.

The post Endorphina Is Ready for Italy Debut! first appeared on RealMoneyAction.com.