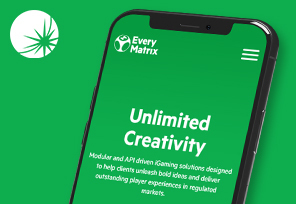 EveryMatrix, a leading iGaming software solutions supplier in the iGaming industry, announced that it has signed another very important partnership, thanks to which the brand will further expand its global reach.

Namely, this popular casino software developer teamed up with IGT, and on that occasion, signed a patent license agreement. IGT is the owner of the largest slot game feature patents library in North America, so in this regard, this is a very important milestone for the developer!

The agreement between the two brands specifies that thanks to the latest patent license, EveryMatrix will now have the opportunity to launch its online casino releases in North America. These online slots will be available in places that support patented game features within IGT’s portfolio, as well as the developer’s game features patent licensing program.

This is a very important step for EveryMatrix. Thanks to the latest agreement, this popular casino software developer will further expand its global reach by launching its products to these key regions in the United States but will also strengthen its position in the North American region.

Erik Nyman, President of EveryMatrix Americas, comments:“Signing a patent license agreement with IGT was an important milestone in our U.S. expansion. Through this agreement, EveryMatrix will have access to IGT’s game feature patents, allowing us to distribute our gaming content to partners across North America.”

Stephen Calogero, VP and Deputy General Counsel, Global Gaming and Intellectual Property at IGT said: “We are pleased to add EveryMatrix as a member of the game features licensing program which has fostered unprecedented innovation for game mechanics across the industry.”

IGT is one of the leading companies in the iGaming industry focused on delivering responsible gaming across various segments including lottery, gaming machines, sports betting, and digital. The company is present in more than 100 markets around the world, and the brand is headquartered in London, UK. Its team consists of over 10,000 highly educated professionals who strive to provide their clients with an unforgettable iGaming experience.

Additionally, EveryMatrix is one of the most popular providers of B2B software solutions for iGaming including casinos, sports, payments, et.

The brand is headquartered in Sliema, Malta, and was founded in 2008. This brand is known for its products including CasinoEngine (integration platform), OddsMAtrix, MoneyMatrix, GamMatrix, PartnerMatrix as well as RGS Matrix.