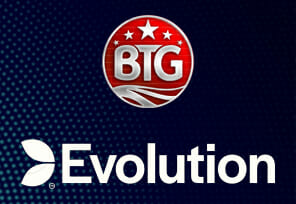 Evolution, the leading iGaming content provider, has completed its acquisition of Big Time Gaming (BTG). The finalization comes after Evolution received all regulatory approvals to complete the transaction. The acquisition was first announced in April 2021.

Evolution, which recently debuted its Gonzo’s Treasure Hunt title, paid an up-front consideration of $220 million through a combination of $80 million in cash and the rest in newly issued shares. Also, the supplier will pay an earn-out based on Big Time Gaming EBITDA for the 2022/23 and 2023/24 fiscal years, up to a maximum of $230 million. This amount will comprise 70 per cent in cash and 30 per cent in newly issued Evolution shares.

As a result of the acquisition, Evolution’s board has issued 1,105,032 new shares. The sellers of BTG, which recently secured a deal with Relax Gaming, have a right to subscribe for the new shares and the sellers have subscribed for the shares against the set-off of their receivable of €140.0 million against the newly issued shares.

More About the Partners

BTG offers a wide range of gaming products which suit a wide range of players and markets. The company’s management team has over 30 years of experience in the online gaming sector and prides itself in innovation. The supplier is partnered with GTS, Openbet & MGS to deliver regular content releases on a monthly basis.

The games provider was founded in 2006 and it immediately had an impact on the European live dealer platforms. Evolution has been growing ever since and has signed deals with a lot of companies and made new partners including 888 Casino, Betclic, Betsson, and more.

The supplier’s offering includes live casino games with real, professional dealers, made in the state-of-the-art studios in Latvia and Malta. Its releases are available on desktop, tablet, and smartphone. The developer is licensed and regulated by the Alderney Gambling Control Commission, Malta Gaming Authority, the UK Gambiling Commission, Belgium Gaming Commission, Romania National Gambling Office and Canada BC, a gaming service provider.