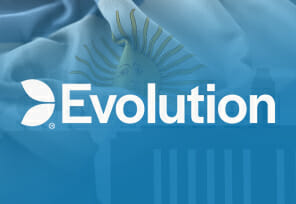 Evolution has just announced that it has introduced its world-leading Live Casino suite in the regulated market of Buenos Aires Province. The company is the first brand to launch its live content in the market following the official opening.

Based on the new deal, Evolution will include its games via local brand BetWarrior and a range of first-class live dealer games will be accessible at www.betwarrior.bet.ar. Evolution’s First-Person suite of games and 100-plus slots from brands NetEnt and Red Tiger will also be included via the LatAm brand. Additionally, the live provider is ready to feature its content via new brands in the same country. It will be followed by the inclusion of Ezugi live games to Argentina operators.

Buenos Aires Province and the Autonomous City of Buenos Aires are the areas with the most population in the country. Both regulate gambling independently.

“This is a very exciting time for operators and their players in the Buenos Aires Province and the Autonomous City of Buenos Aires. Evolution has a long record of being first-to-market for operators across the world and our games represent the very best of online gaming in regulated online markets.”

Umaña adds that Evolution offers a selection of titles in the Buenos Aires Province. As part of the Live Casino, there are multiple Roulette and Blackjack variants, and the cutting-edge Lightning Roulette. For users who prefer slots, there is an incredible choice of top-performing releases, involving NetEnt’s Starburst and Divine Fortune Megaways, plus a range of Red Tiger games. However, this is only the start as the brands will continue working on new games to increase the recognition even more.

More Info on the Leader

Evolution is a first-class provider of innovative and progressive IT solutions for the live casino market. Its code is available 24/7/365 via 300+ brands all over the globe, running regular financial transactions. It is part of Evolution Gaming Group AB, listed on Nasdaq Nordic. It has more than 7000 employees all around the globe including the U.S., Malta, Latvia, Georgia, Holland, Canada, Lithuania, Estonia, Belarus, Romania, Spain, Belgium, the U.K., and Sweden.