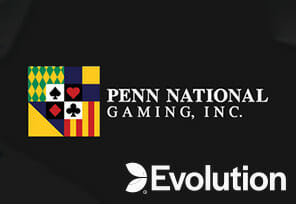 Evolution, a world-leading provider of live dealer solutions, has just unveiled the launch of a custom live studio in New Jersey for Penn Interactive, a subsidiary of Penn National Gaming, Inc. The new casino area is known as ‘Barstool Sportsbook & Casino’ and will be placed within Evolution’s live casino studio in the same state.

The development of the new area is yet another step from Evolution and part of its regular expansion across the US regulated market. It comes hot on the heels of the launch of Barstool live casino content from Evolution’s live studios in Michigan and Pennsylvania.

Evolution will also feature NetEnt’s slot games via Barstool Sportsbook & Casino in Michigan, Pennsylvania, and New Jersey. Everything will be followed by the exclusive launch in West Virginia later during the year after receiving necessary approvals. Red Tiger slots are also ready for launch in Michigan, New Jersey, and Pennsylvania during Q4 2021.

“We are delighted to continue to build on our very strong relationship with Penn Interactive. We have worked together to create a bespoke dedicated Live Casino studio, completely customized to Barstool’s brand and look-and-feel. We very much look forward to rolling out our industry-leading mix of live games and slots to Penn players in further states.”

Head of Penn Interactive, Jon Kaplowitz, says that the combination of Evolution’s remarkable team and ability to produce the broadest range of online casino solutions to market makes them a perfect partner for Penn Interactive. The company is particularly excited about the launch of the custom Barstool-branded studio, which allows the brand to further utilize the array of media talent at Barstool Sports and supply customers with diverse gaming experiences.

More Info About the Brand

Evolution is a premium provider of innovative and progressive IT solutions for the live casino industry. Its content is available 24/7/365 across 300+ operators all around the globe. Its owner, Evolution Gaming Group AB (publ) is part of Nasdaq Nordic.

The live casino company was established in 2006, inspired by Monte Carlo Casino. It uses emerging technology to bring the entertainment from the live casino straight to the home. It has more than 7000 people across different locations such as the U.S., Malta, Latvia, Georgia, Holland, Canada, Lithuania, Estonia, Belarus, Romania, Spain, Belgium, the U.K., and Sweden. Evolution is licensed by the Malta Gaming Authority.