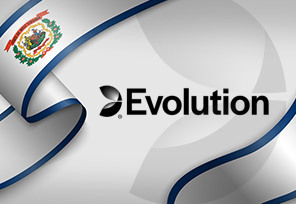 Evolution, one of the most famous developers of premium live dealer games, announced that it has launched its fantastic products in another key state in the US market.

This popular provider recently solidified its presence in Michigan thanks to a collaboration with Soaring Eagle. On that occasion, Evolution enriched this platform with its incredible products as well as the titles of the NetEnt and Red Tiger brands.

This time, however, the developer will head into West Virginia. The company announced that its fan-favorite live casino titles will now be available to operators in this fast-growing market.

Thanks to this step, operators from this state will now have access to a variety of fantastic live casino games including fan-favorites Live Roulette, Lightning Roulette, Blackjack, Infinite Blackjack, Three Card Poker, and Ultimate Texas Hold’em.

All games that will be presented in West Virginia will be broadcast from the developer’s modern and state-of-the-art studio located in Pennsylvania.

Back in 2018, Evolution introduced its first live casino studio in the United States. The headquarters of this studio is located in New Jersey, and shortly after that Evolution was presented another two located in Pennsylvania and Michigan. However, the developer announced that it will soon launch another studio that will be headquartered in Connecticut.

Jeff Millar, Commercial Director of North America at Evolution, said: “We are so happy to bring our live dealer games to players in West Virginia. We are sure online players will absolutely love what they see and the experience of playing live at the tables, just as they would in a real land-based casino.”

Millar added: “Players in West Virginia have had access to our extensive slots offering from our Group brand NetEnt for some time. Now our live offering adds even more choice and, of course, a new dimension of excitement as online players bet in real-time, with real dealers and alongside fellow online players.”

Evolution is a Malta-based developer known for its innovative live casino releases. The brand also unveiled its products at the recently launched Ontario market thanks to partnerships with multiple operators including 888, BetMGM, LeoVegas, Rush Street Interactive, and Penn National’s subsidiary – theScore Bet.