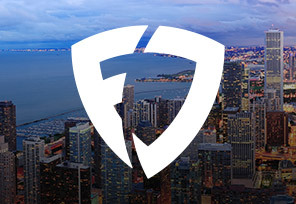 FanDuel, one of the most famous sportsbooks in the United States, has decided that the company will take the necessary steps to mark the month of August this year with major moves!

This popular brand has signed several important deals since the beginning of the year, which have seen the expansion of the brand’s business roots even further. Already at the beginning of April, FanDuel announced that this sportsbook has entered another key market, Ontario, thanks to the approval issued by the Alcohol and Gaming Commission of Ontario (AGCO) and iGaming Ontario.

However, the latest concluded deal will mark another significant milestone because this popular operator will leave its footprint on two more very important US markets.

FanDuel is proud to announce that the company has partnered with one of the leading casino software developers in the iGaming industry, Evolution, to introduce a new and modern live dealer studio in Michigan and Pennsylvania.

This means that FanDuel’s hugely popular products such as blackjack and roulette games will now be broadcast directly from the new studio located in these two states.

By opening new studios, the operator ensured that its Casino and Live Dealer Games became available in a total of 4 US markets!

Until now, punters from New Jersey and West Virginia could enjoy this content.

The launch of the studio will bring, in addition to unforgettable and engaging titles, generous promotions as well as bonuses.

The releases that will be available will certainly delight many players, including long-term bettors as well as new joiners.

As for the offerings of these studios, punters can now join their favorite form of entertainment with various titles including blackjack, roulette, and hit slots such as 88 Fortunes and Wheel of Fortune as well as much more.

Company representatives believe that the launch of the new studio is a very important milestone for the company, which thanks to this move will further improve its position in the US, but also in the iGaming industry in general. They announced from FanDuel: “Classic casino games will now be available online with an exciting FanDuel branded live dealer element giving FanDuel Casino players in Michigan and Pennsylvania an interactive casino experience from their home.”

As we have already mentioned, FanDuel has made several significant deals since the beginning of the year. One of them was a handshake video with the popular brand White Hat Studio. Thanks to this content deal, White Hat Studio’s products, including slots, jackpot slots, and RNG table products, enriched the operator’s platform and thus enabled the developer to expand its business scope even further across the United States.

The post FanDuel to Present Live Dealer Studios in Michigan and Pennsylvania first appeared on RealMoneyAction.com.