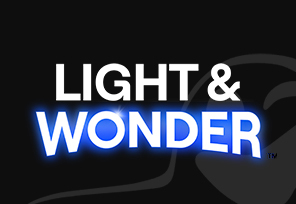 Fantasma Games recently announced that it will step into two more key markets. Namely, thanks to the partnership with BetMGM, it launched its content in Michigan and West Virginia.

However, the brand now announces that it has made a significant deal that will see the launch of its portfolio in Canada!

Fantasma Games will present its popular and feature-packed content on the platform of a well-known brand and thus leave its footprint in this region as well. Thanks to a partnership with Light & Wonder (L&W), this popular developer will enrich the games lobby of the outstanding Loto-Québec brand.

The provider’s title will be distributed through Light & Wonder’s OpenGaming content aggregation platform and will include various amazing and long-awaited products that are popular among players around the world.

One of the first incredible titles to be available to players from Canada is Bounty Showdown with many others to follow soon after.

Light & Wonder director of partnerships Steve Mayes gave his comment regarding this amazing deal and stated: ”Fantasma Games is highly regarded amongst our OpenGaming operating partners, which recognize the studio’s ability to develop fun and immersive games. As the leading content aggregation platform provider to the global iGaming industry, we understand the important role we can play in providing a route to new markets for developers such as Fantasma Games. We are proud to have supported the company’s entry into Canada and believe its games portfolio will resonate with a wide audience.”

Fantasma Games founder Fredrik Johansson added: “We are incredibly excited to see our games go live with Loto-Quebec and to be able to enter the Canadian market through Light & Wonder. Expanding into new markets is hugely important for our overall strategy and OpenGaming’s global reach is exactly why we partnered with Light & Wonder in the first place. This is our first release of many to come and we believe that our unique and innovative games will be interesting for the players and operators in Canada.”

Fantasma Games has made several major agreements since the beginning of this year, as well as during the previous one, which has helped the brand take a better position in the iGaming industry. One of the important struck deals includes QTech Games. As agreed between the two giants, it has provided access to its products to this developer and QTech Games’ clients.