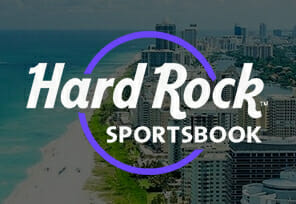 Judge Dabney Friedrich ruled that the agreement between the state and the Seminole Tribe was invalid. The mentioned tribe appealed against this verdict to the second instance court, however, the appeal was rejected.

Judge Friedrich’s ruling, upheld by the District of Columbia court, also called into question the fate of the platform, which is owned by this tribe. Namely, The Hard Rock SportsBook stopped accepting bets on December 4th, and all bets on events that took place before 11am on that day will be regulated in the usual way. Players who have invested their money in bets on events expected after 11am will be refunded.

The Reason for the Decision and Unresolved Issues

Judge Friedrich studied the case in detail and concluded that the agreement reached between the tribe and the state was not in accordance with the Indian Gaming Regulatory Act (IGRA), which led her to this final decision.

In addition to the above, Judge Friedrich agreed with the issue, which confuses both West Flagler Associates and Bonita-Fort Myers Corporation operators.

They were wondering if betting on tribal lands was considered online betting powered by servers located in tribal territory but used by players outside this territory?

However, the Florida Constitution clearly states that “gambling expansion off of tribal lands requires a referendum to be legal.”

But, Judge Friedrich ruled that the agreement attempted to “authorize sports betting both on and off Indian lands.”

In the end, the rights granted to the Seminole Tribe in connection with sports betting in Florida were annulled by the verdict.

Hard Rock said: “Although we are temporarily suspending the acceptance of new bets and account deposits, we remain committed to building the best place for sports betting in Florida. We hope that you have enjoyed your gameday experience on the Hard Rock Sportsbook app, and we look forward to welcoming you back in the future.”

The post Following the Ruling, The Hard Rock SportsBook Not Accepting Bets from December 4th first appeared on RealMoneyAction.com.