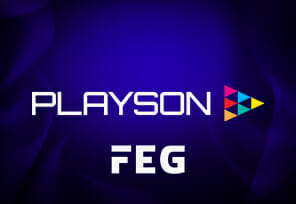 To expand its network to even more countries, Playson, one of the leading casino software providers, has entered into a partnership with well-known European operator, Fortuna Entertainment Group, which will distribute the provider’s popular titles.

Fortuna can proudly talk about its 30 years of business during which it has expanded its network to several markets including Slovakia, Poland, Romania, and Croatia through its brands.

Per the agreement, Fortuna, which also recently teamed up with Yggdrasil, will have access to its newest partner’s content, including the hits Royal Coins: Hold and Win, 5 Fortunator, and 9 Happy Pharaohs.

Blanka Homor, Sales Director at Playson said: “We are excited at the prospect of partnering with a brand that has three decades of experience across Central and Eastern European markets. We look forward to working with Fortuna Entertainment Group’s leading online brands and pleasing a new range of audiences with our successful portfolio of enthralling titles.”

A Fortuna spokesperson also said that the company is very honored to have the opportunity to be partners with a large well-known company such as Playson, which has an enviable reputation for creating exciting content. He added that players will have access to some of the most interesting slots and that Playson content will only further improve the offer available to players.

Playson boasts several hit games that have quickly gained popularity among punters, and include Spirit of Egypt: Hold and Win, Eagle Power: Hold and Win, BuffaloPower: Megaways, Legend of Cleopatra Megaways, and Zeus: Thunder Reels. The provider also added table games such as Blackjack and Roulette with Track to its portfolio.

The supplier is licensed in the UK by the UK Gambling Commission and a recognition notice certificate issued by Malta Gaming Authority (MGA).