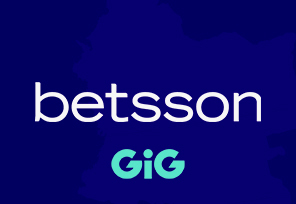 Gaming Innovation Group (GiG), one of the leading casino software developers known for its premium turnkey platform and media solutions, has announced a new partnership that will significantly improve the company’s position in the online gambling industry.

Just a few weeks ago, the company stepped into the recently regulated Ontario market thanks to a license issued by the Alcohol and Gaming Commission of Ontario (AGCO).

GiG is proud to announce that it has once again strengthened its position in the LatAm region thanks to a new partnership! It has shaken hands with the well-known operator, Betsson Group.

The agreement between these two brands will see the launch of GiG’s platform in another popular market, Colombia.

Why Is This Deal Important?

The provider will certainly have the opportunity to take great advantage of this deal. Namely, Betsson Group enjoys a large presence in this market. During the last year, the brand was taken over by the regional operator colbet.co last June.

Also, the operator improved its online and retail activity in this market thanks to the provider’s player account manager.

Sportnco Gaming Managing Director Hervé Schlosser commented: “We are delighted to formally announce the agreement with Betsson in Colombia, which underlines the strong geographical footprint we are establishing in LATAM. Both the growing demand of our solutions and our reputation, particularly alongside tier one operators Betsson, is a great source of pride for our group and we are full of expectation for the future.”

Betsson Group Commercial Director of Southern Europe and Latam Andrea Rossi stated: “As part of our rebranding in Colombia, we migrated to GiG’s platform which we are using in some of our other markets. We chose GiG as we believe that they are the best partners with whom we can keep growing in the market of Colombia. We know the platform and its capabilities, and we have a very good relationship with the team and this latest partnership solidifies that connection.”

One of the most important agreements that the company concluded so far is the deal with the well-known Magic Jackpot brand. On that occasion, the company left its footprint on one of the key markets in Europe, Romania. Punters from this country have had access to the developer’s fantastic online casino portfolio for some time now! This move became possible thanks to the fact that GiG acquired two class II licenses for the management and hosting facilities.