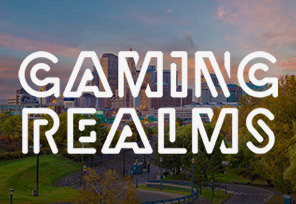 Gaming Realms, one of the most famous and respected casino software developers in the industry, recently published good news. This popular company has shaken hands with Loto-Quebec, and the new deal has allowed the brand to launch its Slingo Original portfolio into another Canadian province, Quebec.

However, the developer has continued to fulfill its global expansion plan, as evidenced by the latest news coming straight from Connecticut!

Gaming Realms has announced that the provider has guaranteed a new license that will allow it to step into this popular state.

This significant Online Gaming Service Provider license was issued to the developer by Connecticut’s Department of Consumer Protection.

The approval comes just in time and was preceded by a green light that the company also received from the competent authorities of Pennsylvania, Michigan, and New Jersey.

Thanks to Gaming Realms’ successful collaborations with well-known operators DraftKings and Fanduel, which are already present in several states, the brand will launch this incredible portfolio in Connecticut. The brand also believes the Slingo portfolio will be available in this state by the end of the year after the necessary certifications are finalized.

Slingo is a special and very popular type of game in which it is necessary for players to turn slot reels to mark numbers off the 5×5 grid. To get a Slingo you need to eliminate five numbers and thus progress up the prize ladder. This fantastic game offers you the opportunity to collect valuable fishing prizes by collecting fishing rod symbols.

Gaming Realms Executive Chairman of Gaming Realms Michael Buckley commented: “We are delighted to have been granted an Online Gaming Service Provider license in Connecticut, which now sees Gaming Realms licensed in the US’s four largest states for iGaming, as well as in Ontario, Canada The Company’s strategy to sign multi-state deals and direct integration agreements with some of the largest operators in the US has also put us in a stronger position for our Slingo content to go live in a shorter time frame and to capitalize on the market growth as more states look to regulate iGaming. The company’s expansion outside of North America is progressing as expected, and our Slingo games have recently gone live in Italy with Lottomatica, which is the country’s largest operator.”

Top of the Slingo Game

Gaming Realms is one of the popular companies headquartered in London, UK. The brand was founded in 2012 and is known for its Slingo content, which in a short time has become very popular among players.

While this is fantastic news, we believe it will be followed by many more amazing ones soon.

“Gaming Realms is awarded a license to operate in Connecticut’’, gamingamerica.com, June 21, 2022.