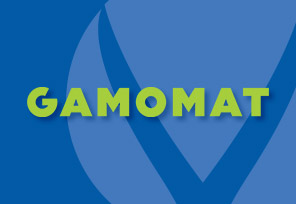 GAMOMAT, one of the leading developers of iGaming content, announced that the company will further expand its business network to Portugal thanks to a new partnership with Bragg Gaming Group’s ORYX Gaming.

This German-based game provider will launch its top-performing titles in Portugal thanks to a new collaboration. This distribution deal will see the launch of some of the most engaging, interesting, and innovative online products on this market which will surely delight players from Portugal. Players will also be able to enjoy Books & Bulls, Fancy Fruits, Take 5, and Tower of Power.

None of this would have been possible if this well-known brand had not guaranteed the necessary license issued by the Regulação e Inspeção de Jogos, which is an important step as it will allow the company to further expand its business scope across Europe.

The SRIJ license is just another milestone that has brought the company closer to its goal of global expansion, and we believe that many more pleasant surprises await us in the future!

GAMOMAT is a premium developer headquartered in Germany. Although initially focused on land-based casinos, over time, the company began producing premium online slots that gained popularity in a short time. The brand portfolio consists of over 130 online slots for real money as well as a social casino library. Punters can find these titles in 35 countries in as many as 27 languages.

As part of the Bragg Gaming Group, ORYX Gaming is a well-known B2B casino brand that was founded in 2010. The distributor is headquartered in Toronto, Ontario, Canada. Additionally, it has enriched its portfolio with various casino content, sportsbook, lottery solutions, ORYX Hub as well as its iGaming platforms.

This popular developer recently shook hands with Island Luck, one of the largest operators in the Bahamas, to leave his footprint in this exotic market as well. As agreed between these two partners, the complete ORYX portfolio will be included in the distribution.

March saw another partnership. Namely, ORYX stepped into Italy thanks to the collaboration with one of the largest operators in the market – Microgame.

Players will be able to enjoy titles such as Respins of Amun-Re, Golden Nights, and Royal Seven as well as a hit slot launched by Bragg Gaming Group’s brand Atomic Slot Lab studio.