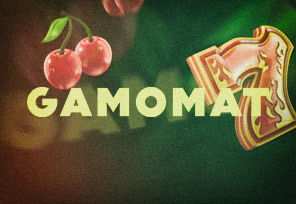 GAMOMAT, one of the leading brands in the iGaming industry, has announced that the company will launch its products even further in North America by entering Ontario with Bragg Gaming Group Inc.

This step is possible after Bragg Gaming Group has guaranteed the necessary licenses to operate in this Canadian province, and the green light came straight from the Alcohol and Gaming Commission of Ontario (AGCO).

This deal will see the launch of a wide range of GAMOMAT’s engaging and interesting online casino releases that will win the hearts of Ontarians with their eye-catching features including Ramses Book, Take 5, and Books & Bulls.

The move to Canada is one very important milestone for this tip-tier casino software developer. With approval through the Bragg Gaming Group, these GAMOMAT products have left their presence in North America for the first time.

Experts believe that Ontario will achieve great results in a very short time and that it will soon become one of the largest and key North American markets.

GAMOMAT’s Distribution GmbH’s Chief Partnership Officer Dimitry Voelkle, said in the statement: “GAMOMAT is constantly amplifying its presence in the world’s leading iGaming markets, and adding Ontario to our list of active markets is a great moment for our business.”

Bragg Gaming Group is one of the most renowned developers in the industry established in 2018 with its main headquarters in London, UK. It is one of the first brands to guarantee the necessary approvals issued by competent authorities. For this company, the green light arrived even before the Ontario market opened, so thanks to that, Bragg launched its products immediately after the market launch.

As we have already had the opportunity to see, Bragg said that it has introduced its player account management (PAM) to this Canadian province.

GAMOMAT is a German casino software developer, and the company was established in 2008. The brand is focused on producing innovative, engaging, and modern online casino products that suit everyone! However, these fantastic products are developed and designed by its associate company GAMOMAT Development GmbH, which is based in Berlin.