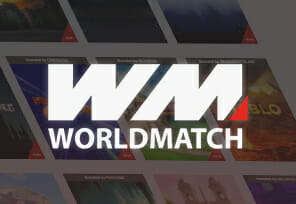 Georgia is one of the countries bordering Europe and Asia and territorially connected with countries such as Turkey, Armenia, Azerbaijan, and Russia. A large number of its residents who would invest their time in online casino games so we can freely say that Georgia wants to develop even further in the iGaming industry as well.

In fact, thanks to WorldMatch, a total of 170 online games will appear on the Georgian market. This software developer announced this latest collaboration by adding that this is a big step forward in expanding its network globally.

The wide portfolio of WorldMatch games will be enjoyed by every individual, and each of the titles released on the market is equipped with amazing graphics, powerful sound effects, and amazing features. Finally, we have to note that these games are available to players on both mobile phone and desktop devices so you can enjoy them wherever you are.

As for the legal side, the games are made to comply with “Georgia Ministry of Finance, Requirements for Online Gaming Systems, Order no 243 as of 1 October 2020” so you won’t have to worry about that.

Get to Know This Provider Better Before You Start Playing!

Georgia is just one of the markets on WorldMatch’s list of countries where the company has already released its titles, and before Georgia, Italy, Spain, Colombia, Portugal, Belarus, the UK, Bulgaria, and Belgium were on this list.

Andrea Boratto, CEO of WorldMatch said: ”We are glad to announce that WorldMatch can now offer Georgian players a truly great gambling experience on a top technology platform in a safe and secure environment. We’re sure these are just our first steps in the CIS markets and are looking forward to our next ones.”

Officially launched in 2002, WorldMatch has expanded rapidly and so far its library has over 200 games, including 30 table games, poker variants, and 60 slots with 70 game engines.

Some of the most famous online games operator are Robin’s Loot, The Lucky Pub, Fa Fa Spin, LOT-Land of Trolls, Tuan Yuan Panda, Lord Of North, Magic Moon Palace, and Gold of Ra.

The post Georgia Players Can Enjoy the Diverse Library of Online Games Provided by WorldMatch! first appeared on RealMoneyAction.com.