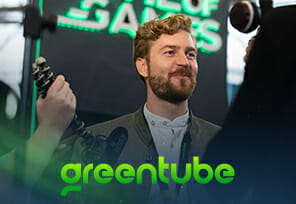 Until recently, more precisely, up until October 1st this year, the question about online gambling was not regulated in the Netherlands. However, following the above date, residents were given the opportunity to gamble online, and it was officially legalized.

One of the casino software providers, Greentube Novomatic Interactive division was among the first to expand its network to this country in partnership with Fair Play Casino. By agreement, the titles of this well-known provider will be available to players from the Netherlands. Gamblers will have the opportunity to try out some of Greentube’s most famous hit AWP titles such as Club 2000, Gemini Twin, Grand Slam

15 including the classics Book of Ra deluxe and Sizzling Hot deluxe.

Markus Antl, Head of Sales and Key Account Management at Greentube, said: “We are happy to launch Greentube’s game content with Fair Play Casino, a well-established brand in the Netherlands, and look forward to a prosperous partnership as they set out on their online journey. Greentube is furthermore convinced that its famous AWP game content will shape the Dutch online gaming market and bring further value to the cooperation with Fair Play Casino.”

His words were followed by Pascal Janshen, Content Manager at Fair Play Casino, who said that he is hoping that their players would enjoy the opportunity to try out Greentube releases as well as the well-known and highly regarded AWP titles that offer a key ingredient to attract players. He adds that the Dutch players know very well what awaits them in Novomatic’s slots in terms of enjoyment. Finally, he added that this partnership will allow them to add very valuable additions to their broad portfolio.

Network Expansion and Hit Titles of This Provider

Greentube has recently expanded its network to Switzerland with the Casino Neuchâtel deal. It has also entered into a collaboration with Holland Casino, but has also launched its products in Spain.

The latest released slot from the provider is 50 Extreme Hot, and in addition to it, we can add POWER PRIZES – Royal Crane, Cash Connection – Book of Ra, Eye of the Queen and Arctic Empress on the list of hit releases.

The post Greentube Consolidating its Position in the Dutch Market by Partnering with Fair Play Casino first appeared on RealMoneyAction.com.