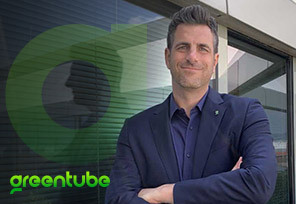 Greentube, one of the most famous and respected casino software providers in the iGaming industry, has announced that it has sealed a significant distribution deal with popular operator, Carousel.

This innovative and premium casino software developer recently teamed up with Solbet, and on this occasion, expanded its LatAm presence.

However, the new agreement will see the expansion of the company’s business roots in Europe.

As stated, Greentube will launch its diverse and premium online portfolio on the platform of two brands.

From now on, punters from Belgium and the Netherlands will have the opportunity to enjoy the developer’s titles.

Greentube announced that it will present its wide library of titles on the platforms Carousel.be and 711.nl thanks to the deal with Carousel Group.

The distribution will include multiple engaging and fan-favorite titles that gained popularity only a few days after the launch.

This agreement marked another major milestone. Namely, the company will give the audience from the Dutch market and Belgium the opportunity to join their favorite form of entertainment with mega hits such as Random Runner™, Simply Wild™, and Grand Slam™ Casino, as well as several hits including Diamond Link™: Mighty Elephant, Book of Ra™ deluxe, Sizzling Hot™ deluxe and many more.

Note: This operator holds licenses for both the Dutch and Belgian markets as well as Greentube, which received the green light from the Dutch gaming regulator De Kansspelautoriteit (KSA) and Belgium’s Gaming Commission.

Andy Duschek, Sales and Key Account Manager for the Netherlands at Greentube, said: “In the space of less than a year since the regulated market opened, we have seen that our games have produced very strong results in the Dutch market and our goal now is to build on that excellent start. Carousel is a trusted operator in both the Netherlands and Belgium and this agreement enables us to grow our presence in both markets, providing players with high-quality gaming experiences that resonate with the local preferences of the customer base.”

Gilles De Backer COO at Carousel, said: “We always strive to deliver to our players a safe and entertaining online environment that delivers content to a wide range of players. The balance of classic and innovative titles offered by Greentube is a perfect fit for the needs of players in both the Netherlands and Belgium and we see this agreement as representing the start of a partnership that will continue to flourish.”

The middle of 2022 was marked by another significant partnership. Namely, Greentube announced just a few weeks ago that the company signed an agreement with the well-known B2B brand Eurobet. On this occasion, the company guaranteed the spread of its business roots across the Italian market.

The post Greentube Enters Belgian and Dutch Market Thanks to Carousel Deal first appeared on RealMoneyAction.com.