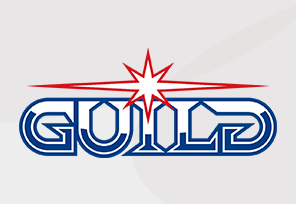 After a three-year sponsorship, Guild Esports has terminated the deal with European Fintech company.

The United Kingdom-based esports company, founded in 2019, decided to cancel the partnership due to Fintech’s delays in the sponsor’s launch and the payment of sums due under the contract.

In the sponsorship agreement, it was stated that Fintech was obligated to initiate the payments from the date of their global brand launch.

Unfortunately, things have not been going as planned; Guild has not been given any clear timeline for their launch and none of the amounts anticipated under the contract have been paid.

This was a clear deal-breaker, and Guild decided to step away and cancel the $4.96 million partnership.

Kal Hourd, chief executive of Guild Esports, said: “We have been very accommodating and patient about this contract but have decided to terminate it due to increasing uncertainty over their launch plans. We are in active negotiations for new sponsorship deals and look forward to announcing these soon”

Taking into matter that many brands are interested in collaborating with Guild, the company, immediately after terminating the deal with Fintech, started searching for a better partner.

At this moment, the brand is in an advanced stage of negotiations with new potential sponsors, while working closely with its existing sponsorship associates with whom relations are exceptional and deals are unbroken.

Guild is co-owned by former professional football player David Beckham and launched globally in June 2020. Guild Esports was the first esports firm to be publicly traded in the United Kingdom.