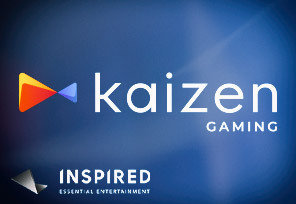 Inspired Entertainment, one of the leading brands in the iGaming industry known for its premium products, announced that the company has further expanded its global reach thanks to a partnership with Kaizen Gaming. The two companies have been cooperating for a long time, and their collaboration has brought great success in one of the key markets, Greece. Namely, Kaizen’s brand, Stoiximan, has expanded its offering with Inspired’s products, and the success of this cooperation has led to the reunification of brands.

As agreed between these two popular and innovative companies, Inspired will, under a new contract, launch its virtual events with Kaizen’s Betano brand even further and thus expand its global reach.

as well as many other interesting products.

The new collaboration will see an expansion of Betano’s offering with a variety of Inspired’s next-generation products including racing products — horses, dogs, and even marbles!

Sure to be a Success

Expanding a successful partnership is usually a smart move. Given that both names are satisfied, we believe that the latest deal will be very successful. First, Inspired will further expand its business scope, launch its products on another platform of a well-known brand and become closer to fulfilling its goal of global expansion. On the other hand, the Betano brand will provide its customers with access to some of the most sought-after online casino products, which will further strengthen their trust.

Steve Rogers, Chief Commercial Officer of Virtuals at Inspired, gave his comment regarding the expansion of the deal and said: ”We have worked very closely with the teams from Kaizen Gaming for the past year. Our inaugural Virtuals campaign through Stoiximan in Greece was hugely successful, bringing Greek customers new ways to enjoy and experience betting. We look forward to expanding our partnership with Kaizen Gaming and extending our portfolio into new jurisdictions, which will be critically important to achieve our goals.”

Inspired Entertainment is one of the most famous casino software developers who has recently taken one very important step. Namely, this popular brand announced that the company has guaranteed a new license issued by the Alcohol and Gaming Commission of Ontario (AGCO), and this approval will allow the provider to launch its fantastic portfolio in Ontario.

“Inspired Expands Its Partnership With Kaizen Gaming’’, europeangaming.eu, May 10, 2022.