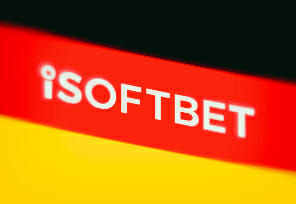 The German market is becoming increasingly popular in the iGaming market. Therefore, it is not surprising that developers are increasingly choosing to launch their online titles in this country.

One of the leading and most famous casino software developers in the iGaming industry, iSoftBet, shook hands with the well-known operator from Germany – Gauselmann Group. Thanks to this deal, the developer will provide the operator’s Merkur Spiel brand with access to its portfolio. iSoftBet will expand its business scope to this market and thus take another step towards its goal – to expand globally.

Titles that German punters will be able to enjoy include the iconic Gold Digger, a Moriarty Megaways award-winning release, the recently launched Majestic Gold Megaways, and many others.

This collaboration will bring great success to both brands. First, iSoftBet will add this country to the list of key markets in which it is present, while the operator will offer its customers some of the most sought-after titles of the well-known operator and thus strengthen their trust.

Federica Faggiano, Chief Commercial Officer at iSoftBet, said: “We’ve made a commitment to partnering with leading operators in major emerging markets and none are more well-known than the Gauselmann Group and its Merkur Spiel brand. Our products have already been well received in Germany, and this is another important step for iSoftBet as we look to push our global presence.”

More on the Provider

iSoftBet has so far left its footprint in 21 jurisdictions, and the company has achieved this with unique products.

The brand also recently announced its new Jackpot Tool, and thanks to it, operators will be able to attract and retain even more customers.

It boasts a wide portfolio of over 150 slots and table games, as well as over 8000 third-party releases. It is present in several markets. It also has certificates that allow the company to operate in markets such as the UK, Malta, and Romania. The provider can also launch its titles in Germany, Italy, Spain, Portugal, Hungary, and others.

It is headquartered in London, England, and its team consists of over 200 highly educated professionals who have contributed much to the development of this brand.

Apart from London, its offices can be found in Malta, but also in two places in Romania – Bucharest and Timisoara.

The post iSoftBet Ready to Launch Products in Germany first appeared on RealMoneyAction.com.