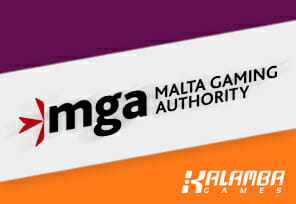 The state of online gambling in Poland is that it’s permitted if done legally. Players who opt for illegal casinos can be severely punished. Initially, residents were only provided with betting, and from July 2016, they have also had the option to enjoy online casino games and poker.

There are currently eight operators in six different cities in Poland. One of the casino software developers from this area recently secured a supplier license by the Malta Gaming Authority (MGA) – Kalamba Games.

Although a relatively young company that was founded in 2016, it achieves results very quickly, and already has two bases, in Malta and in Krakow. This license will allow Kalamba Games to offer its products to all approved operators that are acknowledged by the Malta Gaming Authority.

In addition to MGA, this provider has licenses in Croatia, Italy, Netherlands, Portugal, Spain, Sweden, and Greece.

Kalamba co-founder and chief executive, Steve Cutler, said: ‘“Being granted an MGA licence is an important milestone for us as we continue our growth strategy and bring innovative new content and promotional tools to regulated markets,” Kalama co-founder and chief executive Steve Cutler said. Bullseye, our technology platform is a distinct competitive advantage when addressing the ever-increasing array of regulatory requirements across multiple jurisdictions and licensing frameworks. Supporting our partners with top-notch entertainment for their players continues.”

Companies Are Constantly Evolving – Let’s Take a Look at Their History.

Some of the most famous titles that Kalamba Games offers are Jewels of Jupiter, Monkey God Buy Feature, Griffin’s Quest Xmas Edition, Caribbean Anne 2, Age of Huracan, the slot with an Asian theme – Bangkok Dreams, Age of Dragons, and Mammoth Chase Easter Edition. This supplier was also nominated as Innovator of the Year as stated on its Linkedin profile.

The Malta Gaming Authority is the casino control board of Malta and controls all gambling activities in its territory including both land-based casino and online gambling. It was founded in 2001, and its license is enjoyed by some of the well-known operators such as 888 Casino, Mozzart Casino, Bet365, as well as providers such as Hacksaw Gaming, iSoftBet, Gamanza, Dorobet, Spinomenal, and Push Gaming.

The post Kalamba Games Has Been Granted a Supplier License From MGA first appeared on RealMoneyAction.com.