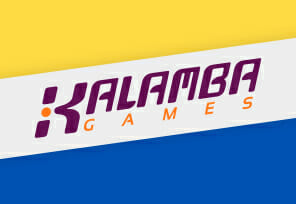 One of the leading companies in the iGaming industry, Kalamba Games, has announced the expansion of its network to another key market in Europe. With this expansion, it will strengthen its growth and development.

From now on, titles from this provider will be available on the Swedish market, including Atlantis Thunder, Burning Diamonds, Griffin’s Quest, as well as a selection of content from its popular Joker series. These titles have proven to be very popular among punters around the world, and we hope that players from Sweden will also enjoy them.

iGaming is the primary source of gambling revenue in Sweden, showing revenue in the second quarter, up 13.9% year on year to SEK 4.11 billion. This income includes sports betting as well.

In the previous year, Kalamba entered Croatia, Portugal, Italy, Spain, the Netherlands, and this certificate is the last in a series for now. Also, during this year, the provider secured a license issued by the Malta Gaming Authority (MGA).

Alex Cohen, COO and Co-founder at Kalamba Games, said: “It’s pleasing to mark our entry into yet another important market in Europe, one which, as recent numbers attest, is continuing to perform strongly.It’s a further step for our growth ambitions and a fantastic shop window for the high quality, diverse range of games that we produce. It’s a great way to start rounding off a busy year for new partnerships and territories and we’re looking forward to continuing in a similar vein in 2022. ”

So far, over 400 operators got the opportunity and gained access to Kalamba’s content, all through the Bullseye RGS platform including partner aggregation platforms.

Kalamba Games strives to provide its users with the most modern and high-quality titles, as evidenced by some hits such as Lady Lava, which is the latest release, Caribbean Anne 2, Pearls of Aphrodite, Monkey God Buy Feature, etc. Also, this provider adorns every holiday with a title that is in the theme of that holiday, such as Griffin’s Quest Xmas Edition.

The supplier is a relatively young company founded in 2016, with headquarters in Krakow, Poland, and Zebbug, Malta.

Recently, the company has expanded its roots to Spain thanks to an agreement with BeTragaperras, and from recently, Elite24Bet players have access to its titles.

The post Kalamba Games Introduces Punters From Sweden to Its Portfolio first appeared on RealMoneyAction.com.