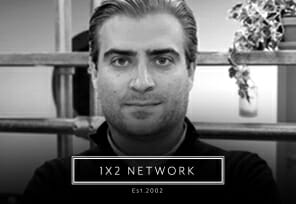 1X2 Network, an exclusive provider of casino games and aggregator, has selected a new Chief Commercial Officer, Kevin Reid. The new CEO will take the position from Sean St. John after more than 20 years in the same role.

St. John is one of the founders of the business together with Brian Reid in 2002. He worked on supervision of technical and product teams and he has also taken 1X2 Network teams in producing virtual sports content, an aggregation system for other studios, exclusive slots, and Megaway releases such as Megaways Jack, 1 Million Megaways BC, and the Branded Megaways.

As one of the creators of Iron Dog Studio, St. John will remain a part of the company while leading content creation and innovation projects.

The new CEO, Kevin Redi, moved to 1X2 Network in November 2012. Since then, he has been working on commercial duties and made 1X2 Network one of the top tier providers in the market. Going forward, he will oversee the management of 1X2 Network including 1X2gaming and Iron Dog Studio subsidiaries. Additionally, he will usher the new strategy of the brand which looks to enter new casino markets.

“It has been an honor to serve as CEO of 1X2 Network for 20 years and to watch the business grow from a small but ambitious studio into a tier-one provider with several subsidiaries and a portfolio of award-winning content.

“From day one we have pursued a strategy of creating games that will engage and entertain players and to make those games available to operators in regulated markets. It has proved to be a very successful strategy and one that I am proud to have overseen.

Based on his opinion, the time is perfect to leave the role of CEO while looking forward to the future knowing that the company is in good hands with Kevin entering his position. He is happy to continue supporting the brand in the future and believes that the brand has the skilled team to maintain the existing results and advance even more.

Chief Executive Officer of 1X2 Network, Kevin Reid, expressed gratitude to Sean for his amazing contribution to the business and for turning 1X2 Network into a powerful content provider and aggregator.

According to his opinion “St. John’s shoes are certainly big ones to fill” but he believes that the company has fantastic momentum, so he looks forward to leading 1X2 Network into the next chapter of progress.