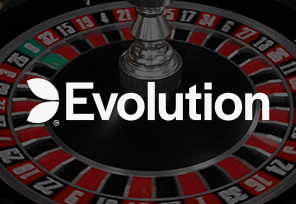 Building on the fruitful cooperation established almost four years ago, the latest project offers a revolutionary combination of land-based and online, letting customers choose the way they want to plunge into the authentic atmosphere of Casino Montreal. At the moment, the gaming floors of one of the world’s largest brick-and-mortar venues host two Dual Play Roulette and two Dual Play Baccarat live tables.

Evolution, the industry’s leading provider of live casino solutions, has announced the launch of its first Dual Play tables in Canada by Loto-Québec. The partnership between the two companies started at the very beginning of 2019 when Loto-Québec replenished its offering with the large and diverse portfolio of live dealer games from the legendary Swedish provider.

…which means Live Casino in French, soon gained popularity among the players. All products were streamed from the production hub in Vancouver while the availability of French-speaking presenter tables was seen as the key to success in serving the province’s population.

As the Loto-Québec online casino consistently expanded to include Evo’s full suite of products, today, it also offers tables streamed live from the company’s European studios. The addition of Dual Play, a premium Live Casino convergence solution that maximizes both the on-premise and online potential of any table takes the concept of entertainment to the next level.

“Live Casino is the natural bridge between land-based and online, and with Dual Play we have developed a product exclusive to land-based casinos that want to explore their online potential.”

Dual Play is a revolutionary solution that enables the live game action at any Roulette, or Baccarat table located inside a brick-and-mortar venue to be enjoyed not only by on-premise seated patrons but also by a virtually unlimited number of online players.

…a unique opportunity to choose whether they want to visit Casino Montreal in person or take advantage of the modern technologies and join one of the roulette or baccarat tables online, from the comfort of their home or on the go. The big idea behind the Dual Play concept is that both on-premise and distant fans of traditional Vegas entertainment can play in the same games, at the same on-premise table, simultaneously.

The first Dual Play Roulette was launched by Evolution back in 2015 at Dragonara Casino, Malta while Dual Play Baccarat was premiered a year later, making quite a splash in the ever-growing iGaming industry. Today, Evo’s bespoke Dual Play tables can be found in a great many luxurious land-based venues across the world, including two popular spots in Atlantic City – Resorts Casino Hotel and Hard Rock Hotel & Casino.