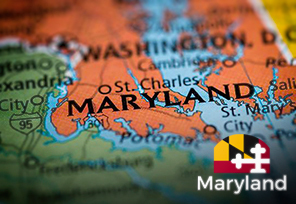 After many years of hard work, Game Changing Technologies (GCT), one of the fastest growing and premium B2B companies in the online gambling industry, has achieved important successes!

Since the day it was established until today, this brand has taken several important steps that have significantly contributed to the company improving its position in the iGaming industry, especially in the United States.

Just a few days ago, Game Changing Technologies (GCT) announced that this innovative and popular B2B brand had secured approval allowing the brand to step into yet another major market, Pennsylvania.

However, the Expansions Are Not Over Yet!

GCT is proud to announce that the company has further expanded its global reach by entering another significant US market thanks to the new approval.

As reported, the Maryland Lottery and Gaming Control Agency gave the green light to the brand to leave its footprint in Maryland!

The company cooperates with both tribal and non-tribal operators, and the brand also holds more than 120 active gaming licenses in several states. Its presence can be found in key US markets such as Arizona, California, Colorado, Delaware, Florida, Michigan, Minnesota, Nevada, New Mexico, Oklahoma, Oregon, South Dakota, and Washington State.

GCT CEO Andrew Cardno gave his comment regarding the new approval and said in the statement: ”We are very proud to hold so many gaming licenses throughout North America. Holding over 120 gaming licenses is both an honor and a privilege. When casinos are looking for a trusted partner, they need to look no further than GCT, as we have proven over the past eight years that we are a highly reputable company with the utmost integrity.”

He added that the new approval is another big win for them.

Game Changing Technologies recently secured another approval issued by the Osage Nation Gaming Commission in Oklahoma. On this occasion, the way to this market was opened for the brand, where it can present its technology and solutions from now on.

We must also mention that this solutions provider recently renewed one of its licenses! Namely, it has renewed the approval it received from the competent authorities, the Shakopee Mdewakanton Sioux Community Gaming Commission in Prior Lake, Minnesota.

However, in addition to the various licenses that are obviously the main focus of the brand, the company has struck multiple important deals.

One of them saw a handshake between GCT and well-known Context Networks, Inc, the Speed of You Learning Platform.

This platform was used during the Covid-19 period by teachers and students.