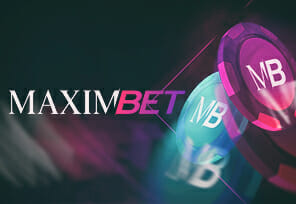 Unfortunately, we all read somewhere the news about the wildfire that struck Colorado State. A large area of land was destroyed, and tenants had to move out of over 1,000 homes. Third-party assistance in the form of money is necessary, and MaximBet has joined the donations.

This sports betting brand has announced that it will set aside as much as $10,000 for an initial donation that will go to the Boulder County Community Wildfire Fund, but also a donation from any company user.

MaximBet has also launched a new program under which every user who makes a donation of up to $100 will be rewarded with a bonus deposit equal to their donation.

Also, this casino recently invited other companies operating in the iGaming industry to join and help with their donations so that Colorado can “recover” as soon as possible.

Daniel Graetzer, MaximBet CEO, had the following to say: ”Watching the unfolding devastation across Colorado was heartbreaking, and our hearts go out to all the families impacted by the wildfire. Since choosing Colorado as the first state to launch MaximBet, we have been overwhelmed by the community and support we received in just a short period of time, he said.

“We want to repay that kindness and call on all MaximBet users to give what they can to support those who need it most this holiday season.”

Graetzer also said that he is grateful to the community for the support after this brand, owned and operated by the Carousel Group, was launched in this state in the second half of 2021. As a token of gratitude, he wants to donate some of the money.

A forest fire in Colorado caused great damage. Thousands of people had to leave their homes, and in the meantime, many of them lost their jobs. Therefore, on December 30, 2021, The Boulder County Wildfire Fund was activated by the Boulder County Community Foundation to help these unfortunate people.

The post MaximBet Donates $10,000 to the Colorado Wildfire Victims first appeared on RealMoneyAction.com.