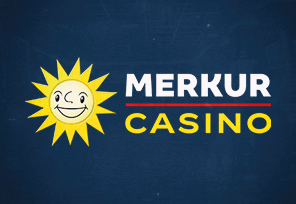 The end of the year is practically around the corner, and some of the most popular casino software developers have decided to make a few more major moves by which 2022 will be remembered!

Everyone celebrated the end of this year in their own way, so we witnessed numerous partnerships including MerkurXtip’s collaboration with Endorphina in Serbia, numerous new releases, and many other fantastic moves!

Merkur Casino found itself at the center of attention again after the company made a significant move that brought a smile to many people’s faces!

Namely, this innovative and ever-growing operator has announced that it has donated as much as £12,000 to as many as three humanitarian organizations!

Merkur decided to make this December special, and the organizations for Children, Willen Hospice, and FareShare received donations.

A smile was brought to the faces of over 200 children from socially vulnerable families.

Also, thanks to this generous donation, patients and staff from Willen Hospice will have the opportunity to spend the holidays with Christmas Day and Boxing Day meals.

However, that’s not all; part of the donation went to FareShare! This means that 2100 families of four will be supplied with food in the upcoming period while the holidays last.

Mark Schertle from Merkur said: “We are delighted to support these organizations. We have tried to work with charities that mean a lot to the people who work here, along with knowing that our donations will make an immediate difference.”

Action related to Children has been carried out for over 150 years, and the goal of this action is to provide children from the UK with a safe, happy, and carefree childhood!

Schertle further said: “By becoming a Secret Santa, we’re hoping to put a bit of magic back into Christmas for children who may otherwise not receive any gifts at all.”

FareShare will redistribute all surplus food. Namely, so that food would not be wasted unnecessarily, the brand decided to send them to charities across the UK and thus reduce hunger and lack of food.

This is another brand that taught us why it is important to invest in voluntary organizations. Namely, everyone deserves to spend the holidays happy, satisfied and carefree. A little of us might mean a lot to someone. Take care of each other! Happy holidays!

More on This Topic

Another popular brand has shown that it has a big heart! Namely, just a few days ago, CT Interactive donated gifts to families around the capital, Sofia, and thus brightened the upcoming holidays for its fellow citizens.