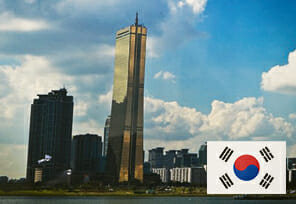 A new resort is set to open in South Korea, and the works are expected to be completed by 2023. The Inspire Entertainment Resort project in South Korea will be funded by Mohegan Gaming and Entertainment (MGE), which has already provided $1.55b toward the venture.

Mohegan Gaming and Entertainment has so far invested $ 300m, and $275m has been raised through private equity firms Bain Capital and MBK Partners.

James Gessner Jr., chairman of the Mohegan Tribe and MGE Management Board, said: “We have a proven track record in developing and operating leading integrated entertainment resorts in North America with our successes in Connecticut, Las Vegas and Niagara Falls, and we look forward to taking this success abroad as the first American Integrated Resort (IR) launched in Korea.”

What Does This Resort Offer?

This resort will surely delight everyone who visits it because they will have the opportunity to enjoy three hotels that will have five stars each, a 15,000-seat performance facility as well as one of the biggest convention centers in Seoul.

It is expected that this resort will attract customers and enable this beautiful city to attract more tourists. It is also expected that Inspire Entertainment Resort will revive tourism, which has suffered due to COVID-19.

Bobby Soper, international president for MGE commented: ”We anticipate a significant rebound in the tourism and leisure industry following the pandemic, and we look forward to contributing to the Korean economy while at the same time opening and operating a successful, state-of-the-art resort. I’m thrilled to see our international vision for IR development reach this important milestone.”

Mohegan’s consortium recently withdrew from Japan and struggled to build an integrated resort. The company was part of the Oshidori consortium, and eventually decided it did not want to be part of the construction of the facility in Nagasaki on the pretext that “the project is no longer viable.”