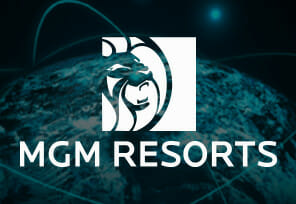 MGM Resorts, one of the most recognizable gambling operators in the world, has announced the expansion of its online gaming business BetMGM.

Jonathan Halkyard, the MGM’s Chief Financial Officer, said at the Bank of America Securities 2021 Gaming and Lodging Conference that the company will continue to expand its business, and actively move towards an asset-light model that would see it focus primarily on gaming operations, rather than ownership.

There is a lack of major new land-based prospects and MGM Resorts is now willing to invest in such resources outside of Macau and Japan.

Representatives from MGM say that the company needs to be the best-known brand in gaming and that the opportunity for integrated resorts is not going to be in a wide number of jurisdictions.

“When I think about what this company needs to be, definitely the best-known brand, most trusted brand in gaming. Casual, high-end and hopefully in as many distribution points with the highest availability in this country. Then to the extent that it is regulated, online offerings internationally. Realistically the opportunity for integrated resorts is not going to be in a wide number of jurisdictions and the capital cost can be pretty extreme but in our spots – Macau and Japan – we would expect to be a player there. So the best brands, [most] trusted brands available anywhere and premier in gaming,” – said Jonathan Halkyard.

“Online consumers across the world would become M life Rewards members, and would get points and rewards for playing at BetMGM as a result of an omni-channel approach being championed. It will continue to streamline its business strategy for the foreseeable future. MGM has in the past flirted with non-gaming instances of its brand and we have over the past six months, Bill and I and some of the management team, been unwinding and shutting some of those investments. They’re all small but they take financial resources and management resources, so we’re getting out of those. We’ve been through the CityCenter deal, so less financial engineering and more simplified and clear about what we are, which is an OpCo,” added Halkyard.

More About the Company

MGM Resorts International is an entertainment company with national and international locations, creating immersive, iconic experiences through its suite of Las Vegas-inspired brands. Its portfolio includes 30 unique hotels and destinations and its gaming offerings include some of the most recognizable resorts brands in the industry. The company employs 83,000 employees over the globe. It has roots in Las Vegas and their origins date back to the late 1960s and its priority is to entertain their customers.