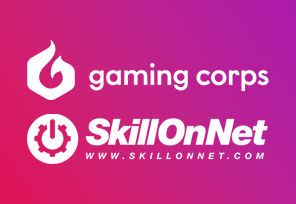 Maxim88, one of the leading operators in Asia, signed a two-year partnership with former professional footballer Michael Owen, who will represent the company as the official Brand Ambassador in Asia.

Michael Owen is a former English national team player, who played as a striker for Liverpool, Real Madrid, Newcastle United, Manchester United and Stoke City. He left his biggest mark in Liverpool, where he scored 158 goals in 297 games!

In 2001, he was chosen as the best player in the world, and he left behind legends such as Raul from Real Madrid and Oliver Kahn, who was the Bayern goalkeeper.

This legendary striker will collaborate with the brand, promote it across Asia, and will also participate in digital marketing activation to boost Maxim88’s awareness among the players in Asia.

With this partnership, the operator aims to strengthen its position as one of Asia’s finest betting platforms.

A few words about the Operator:

The brand was established in 2006 and was created for slot enthusiasts, but over the years it has improved, and now offers a wide range of online games as well as a sports betting platform.

“I am delighted to join hands with Maxim88 for their marketing initiatives in Asia. As brand ambassador, I am looking forward to engaging with more sports fans and am committed to giving my absolute best in this partnership with Maxim88 to represent all the great qualities that Maxim88 stands for – outstanding, innovative and entertaining!”

“Maxim88 is dedicated to being a reliable and user-friendly platform that is always working on providing members the best there is. As a matter of fact, we have secured the partnership with Evolution Gaming to elevate members’ gaming experience, and we hope that this new collaboration with Michael Owen will bring on something fresh and exciting. Michael Owen, who has proven himself to be a stalwart figure in the football scene throughout his career, is just who we need to help achieve greater heights. We are honored to work with Michael and we look forward to engaging with more sports enthusiasts in the region through our platform,” said Adam Hong, Maxim88’s spokesperson.

“We are thrilled to have played an integral part in connecting one of Asia’s biggest online betting platforms with a respected name in football like Michael Owen. We are certain that this partnership has the dynamics to bring about valuable results and greater opportunities for the region. The hope is to replicate the good results Maxim88 has after partnering up with the well-known gaming provider, Evolution Gaming,”

The post Michael Owen, a legendary striker, will represent Maxim88 as the official Brand Ambassador in Asia first appeared on RealMoneyAction.com.