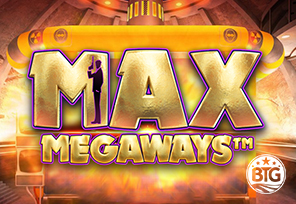 Big Time Gaming is always anticipated to deliver something unique, creative, and really exciting and to the delight of all online casino players, one of the most innovative slot makers never fails to live up to their expectations. This time, from the famous Australian studio, comes a glorious, Bond-esque Max Megaways™, a 117,649 ways-to-win spinning adventure packed with serious gadgetry: Megascatter free spins, an array of random reel modifiers, all sorts of wilds, and, of course, popular Bonus Buy™ and Win Exchange™ features.

On Wednesday, the latest online slot from BTG went live with Flutter Group while the general release is scheduled for September 21.

A Game to Die for

After bringing the glitz and glamor of the Strip right to the screens of our desktop and mobile devices in Vegas Megaways™, the talented team behind Big Time Gaming presents another glorious story based on a captivating spy plot and a host of bonus features. According to the developer, critics “are calling it the blockbuster of the year, with Big Win Board awarding it a “superb” 9 out of ten 10”.

“We really wanted players to be shaken and stirred with Max Megaways, and that’s why it’s packed with more action and more features that you can shake a poison-tipped umbrella at. With Megascatter Enhanced Free Spins, Bonus Buy™, Win Exchange™, Vertical Wilds, Horizontal Wilds and Wild Bombs together on the same bill, this really is a game to die for.”

Like other Megaways™ games, this online slot has 6 reels and the ability to generate up to 117,649 ways to win at a single spin. Set somewhere in the Pacific, the reels are surrounded by exotic palm trees and stunning blue waters of the ocean. The main character is Max Megaways, a secret agent on a special mission: to assault the villain’s remote volcano-island lair and help avert a missile launch.

Max is brave and smart but he also has some serious gadgetry at his disposal. Apart from the universally-beloved Megaways mechanic, this online slot boasts a host of extra features that come in the form of different reel modifiers, various wild symbols (vertical, horizontal, bombs), and an advantageous free spins bonus enhanced with Megascatter. During the latter, players can select three doors into the volcano lair to reveal their free spin rewards.

Just like many other virtual one-armed bandits produced by Big Time Gaming, including futuristic Wild Portals Megaways launched in May, Max Megaways lets players who want to jump right into the action benefit from the Win Exchange™ feature, at the same time, also offering the opportunity to use Bonus Buy™ option. By the way, the bonus buy RTP does not differ from the overall payout percentage and is set at 96.37%.