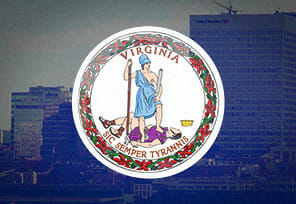 In the last few months, we have witnessed incredible figures related to the amount of money that consumers invest in sports or casino betting.

Virginia has landed in the news, with players investing as much as $427.3m in sports betting, which is a record. This would mean that since the market was founded in January this year, an incredible $2.39bn has been invested. These are very serious numbers!

In October, the figures showed that punters spent as much as 50.5% more than in September this year, and the record set in March 2021, which was as much as $304.1m, was broken.

A total of $397.2m was returned to players, however, as some of them were lucky in sports betting. However, to get the exact amount of income we must first deduct $15.8m from the remaining money for bonuses and promotional bets, but also $4.6m which make up other deductions. When we add/subtract everything, we can conclude that the income is $9.8m in adjusted gross revenue. However, this revenue is 4.9% lower than the September revenue of $10.3m.

The state fund is enriched with $1.7m from the 15% tax on adjusted gross revenue. However, the state did not keep the entire sum for itself.

So Where Did the Money Go?

True, much of the money was sent to the state’s General Fund Allocation, but as much as $43,655 was transferred to the Gambling Treatment and Support Fund.

Although sports betting was legalized in Virginia only in January this year, since then, revenue of as much as $90.8m has been generated. Also, from January until now, many short-term operators have appeared on the market, including FanDuel (in collaboration with the Washington Football Team), DraftKings, Rush Street Interactive, Caesars, WynnBet, BetMGM, Kindred Group’s Unibet brand, Penn Sports Interactive, and Golden Nugget Online Gaming.

Also, we must note that the launch of two more operators in this market is expected.