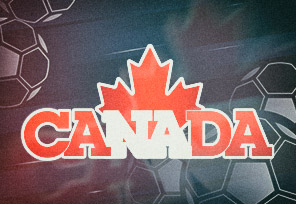 After a long period of time in which we eagerly awaited the opening of one of the potentially most popular markets in the region, the Ontario market has finally been launched!

Several developers (and players) could hardly wait for this day! From now on, players in this Canadian province will be able to try their favorite form of entertainment in Ontario, including the very popular single-event sports betting and iGaming.

The Ontario market was popular even before opening, but now, it has great potential to become one of the leading and key markets. Namely, several developers, operators, and many other brands arrived in the Great White North. They will leave their footprint in Ontario, and reach a larger mass of players.

This type of entertainment, including both single-event sports and iGaming, but also the necessary approvals, will be controlled and regulated by competent authorities such as the Alcohol and Gaming Commission of Ontario (AGCO) and iGaming Ontario.

According to the announcement, since the market is open, casinos can apply for the necessary license. However, in order to operate in this territory, they must sign a deal with iGaming Ontario.

The list of operators already present in the Great White North includes a large number of brands that will offer players from Canada this type of entertainment. Although we believe that more famous names will join this list in the future, at this moment punters can opt for Bet365, PointsBet, Unibet, Rivalry, Rush Street Interactive’s BetRivers brand, Coolbet, LottoGo, Fitzdares, theScore, LeoVegas, World Series of Poker, BetMGM Ontario, Royal Panda, and 888.

Paul Burns, President and CEO of the Canadian Gaming Association said in a statement: “Ontario’s gaming market will be unique to North America because it is an open license, meaning any company that wants to apply to operate is free to do so. There is no tethering and no restrictions on this. In terms of revenue, the estimates we have heard are roughly $ 1.5bn in gross gaming revenue. I think this is fair but also slightly conservative.”

In addition to operators, many developers have stepped into this newly opened market. Well-known Relax Gaming, Pariplay, Play’n GO, Bragg Gaming Group, Nolimit City, Inspired Entertainment, Rush Street Interactive and many more are among those who have guaranteed the necessary approvals and will present their offerings to players.