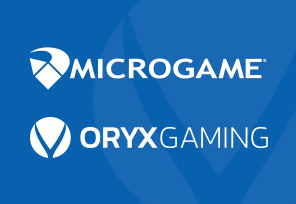 The Italian market is one of the oldest regulated in Europe, established in 2006. Interest in this type of entertainment is high among punters in this country, so for this reason a lot of brands strive to leave their footprint in Italy.

ORYX Gaming, a well-known casino software developer, has announced that the company will enter this market thanks to a new partnership.

This deal will see the distribution of the provider’s highly popular content on the platform of one of the most famous operators in Italy – Microgame.

In addition to this one, Italian players will get a chance to enjoy ORYX’s titles. Hits such as Respins of Amun-Re, Golden Nights, Royal Seven, and others will appear on the operator’s platform.

But that’s not all; after the introduction of the initial selection of online slots, many other online titles will be included in the distribution in the future.

Chris Looney, Chief Commercial Officer at Bragg, said: “This agreement that will see us enter Italy, the second-largest online market in Europe, is another watershed moment for us and comes several months after we took our content live in the UK, Europe’s largest iGaming market, underlining our commitment to expand in large and established regulated markets. Our partnering with Microgame, Italy’s largest B2B provider, gives us access to numerous leading operators in the country, which will enable us to reach a wide local audience from the outset. It’s an exciting time for Bragg as we continue our growth trajectory in new markets with more expansion still to come.”

As we have already mentioned, Italy is the second-largest markets, suggesting this is a very important milestone for developer. According to H2 Gambling Capital estimates, this market is expected to see a casino income of US $2.3bn by the end of the year.

Microgame, which recently teamed up with Green Jade Games, is one of the most recognizable service suppliers in Italy, and the company boasts over 20 years of experience. It offers online casino and betting platforms, and the company cooperates with many other Italian brands.

This is just another in a series of important steps that Bragg has recently taken. Namely, not-so-long-ago the company made a deal with a plenty of well-known brands that allowed company to leave its footprint in some of the key markets including the UK, Netherlands, Greece, Czech Republic, Germany, and Switzerland.