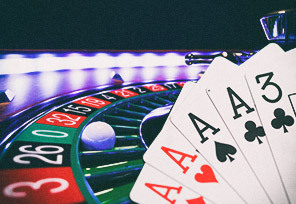 Ontario is without any doubt the winner of the soon-to-end month of April, as it opened doors to online betting and gaming, welcoming multiple top-class operators and providers. More companies are expected to join in the upcoming period, with some of them already being in the licensing process.

Online sports betting was officially greenlighted in a couple of US states as well, while some of them are waiting for the final approval to introduce this form of entertainment to local players. The UK has introduced another set of measures related to marketing and advertising practices.

On April 4, 2022, Ontario welcomed commercial online betting and gaming, with a large number of operators receiving a license to offer their products to consumers residing in this Canadian province. 888, PointsBet, theScore, LeoVegas, BetMGM, Rivalry, and Rush Street Interactive were some of the brands permitted to operate in Ontario. Plus, some respected providers such as Wizard Games, GAMOMAT, Evolution, Microgaming, and more.

Right before the market officially opened, local regulator AGCO published its guidance for iGaming operators regarding advertising, marketing, and compliance. Also, the institution warned all companies which haven’t received the license before the launch to withdraw from this territory and cease offering games to local clientele.

Highlights from the United States

Kansas: The state seems to be closer to welcoming retail and online sports betting, as the House passed the bill HB 2740 which permits these activities, and sent it to the Senate for consideration.

Kentucky: Legislation that aims to greenlight retail and online sports betting as well as online poker and daily fantasy sports was passed by the House. The Bill is forwarded to the Senate for consideration.

New York: Plans to permit the development of three casinos in or around New York City were included in the State’s final budget, with the Gaming Commission put in charge to establish the necessary regulations these venues would adhere to.

Oregon: This state will join the ones who oppose greyhound racing, as Governor Kate Brown signed legislation to ban this activity. Starting July 1, 2022, Racing Commission will be prohibited from granting any greyhound racing permits. As a small reminder, no race was held since 2004, when the Multnomah Greyhound Park closed.

Argentina: The resolution which would have allowed the use of debit cards and the installation of POS systems in slot venues, casinos, racetracks, horse race betting shops, and lottery outlets have been suspended by the government of Buenos Aires Province.

Brazil: A technical commission in charge of evaluating new lottery models in six states and the Federal District was established. It is possible that the commission will ask potential stakeholders as well as public or private entities to participate in drafting the said models.

Moreover, the Rio de Janeiro State Lottery (Loterj) intends to hold a hearing on how instants and sports betting could be operated in the state, noting that it would include both online and retail lottery outlets.

Paraguay: Municipal governments were given more power regarding the granting of permits for slot machines. Also, the same law prohibits the installation of such devices outside of casinos and slot venues.

The Rest of the World

India: Legislation was introduced into the Federal Parliament to welcome online gaming. The Online Gaming Regulation Bill would establish a central regulator to develop regulations for the market as well as license operators and prohibit offshore operators. Yet, there are no precise proposals on what products would be permitted and who would be able to access the market.

Thailand: Local media reported the committee examining the potential of introducing gambling in the country along with plans to develop a casino in Bangkok before conquering other regions.

United Kingdom: UK’s Committee for Advertising Practice presented new advertising restrictions set to take effect from October 1, 2022. As suggested, operators wouldn’t be permitted to feature celebs in their adverts who are likely to be extremely appealing to individuals under 18. Such persons include sportspeople, celebrities, and social media influencers as well as sports team kits and stadiums.

The post Overview of Gambling Regulations in Online and Land-Based Industries in April 2022 first appeared on RealMoneyAction.com.