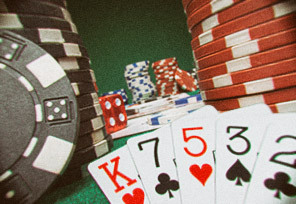 Kansas is one of the states on the cusp of accepting retail and online sports betting, while Missouri will have to wait for the next legislative session. Maine greenlighted online and retail sports wagering, while Massachusetts is waiting for the House’s approval to introduce both activities.

Ontario is continuously expanding the list of approved operators and studios, with DraftKings being one of the biggest names to join in May. Sweden and Switzerland came up with new advertising standards while Ireland will have its regulatory framework completely reorganized.

Full retrospective ahead, so buckle up and read on!

The United States and Ontario Overview

Arkansas: Following the launch of the mobile app, the Southland Casino finalized the full roll-out of its Betly online sports betting platform.

California: Having gathered enough signatures, the ballot initiative for sports betting is steps closer to being included in the 2022 ballot. Before the initiative is formally accepted, the signatures need to be validated.

Kansas: Governor Laura Kelley signed legislation into law, greenlighting the regulation of sports betting in the state. As defined in the bill, four casinos are permitted to operate retail sportsbooks as well as online sports betting via three skins. An additional skin will be granted for a partnership with a professional sports team.

On top of that, casinos receive permission to team up with 50 land-based establishments and offer sports betting kiosks. There’s a tax of 10% on the gross win deriving from sports betting. Finally, the Racing and Gaming Commission announced it intended to get the sports wagering market started during the autumn of 2022.

Maine: After Governor Janet Mills signed LD585 to authorize online and retail sports betting, four native tribes were given the exclusive right to operate online sports betting. According to the same bill, the state’s casinos and racetracks would be allowed to offer retail sports wagering only. There’s a tax rate of 10% of the net win.

Massachusetts: The Senate approved legislation to permit online and retail sports betting, and delegated it to the House for consideration. If approved, the bill would give approvals to the state’s existing casinos to offer retail and online sports betting as well as provide for six online-only licenses. Regarding the taxes, retail betting would be taxed 20% of a gross win, while online wagering would include a tax of 35% of the gross win.

Missouri: It seems as if the state won’t be getting retail and online sports betting in 2022, as the legislation was not passed by the end of this year’s legislative session.

New Jersey: On May 7, 2022, the state launched fixed-odds betting on horseraces. Initially, they would be available at self-service betting terminals but later expanded to online platforms as well.

South Carolina: If approved by the House, the bill HB5277 would permit online sports betting. As indicated, 8 to 12 licenses would be granted, at a tax rate of 10% of the adjusted gross win.

Ontario: On May 18, 2022, DraftKings rolled out its online sports betting and iGaming platforms.

Belgium: If amendments are approved, players would be required to create separate accounts to be able to access online casino games or online betting with the same operator.

Also, the Gaming Commission’s range of restrictions on gambling advertising and marketing were included in the Royal Decree. All gambling advertising in public spaces and via TV, radio, social media, and newspapers as well as in public places is prohibited. There’s a limit on the number of ads that can be shown. Plus, operators are not allowed to send personalized e-mails or texts, and not enter a sports sponsorship.

Ireland: As the Betting, Gaming, Lotteries, and Amusements Bill was signed into law, the country will have its gambling regulatory framework completely rearranged.

Sweden: The Government finalized legislation introduced in January that would require B2B gambling suppliers to apply for licenses. A new standard for gambling advertising is established as well and placed under “adjusted moderation” rules. Interestingly, the modified rules for advertising did not include a ban on advertising between 6 am and 9 pm which was previously proposed. Also, the new classification would require the game ads to be adapted to match the specific addiction risks of different products.

Switzerland: The Gaming Board plans to grant two new Class A casino licenses in the regions of Lausanne and Winterthur.

Brazil: The state of Paraná authorized lotteries and sports betting. In charge of regulating would be the state regulatory body Lotepar, while the State Lottery of Paraná may either run the games itself or delegate the running of sports wagering and lotteries to another party.

In addition to this, the country is steps closer to officially opening its sports wagering market, as the decree which regulates this activity was presented to President Jair Bolsonaro to be signed into law. As defined, the Ministry of Economy will be put in charge of granting licenses and inspections. A couple of details are yet to be defined, such as the number of operators permitted to enter the market and the tax rate. The authorization fee for operators would stand at R$22.2m with licenses valid for five years.

Peru: Congress unanimously approved legislation to authorize and regulate online sports betting at a tax rate of 20% of the gross win.

The post Overview of Gambling Regulations in Online and Land-Based Industries- May 2022 first appeared on RealMoneyAction.com.