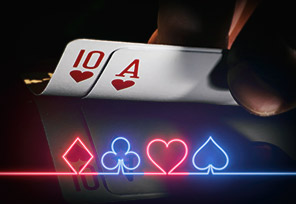 Paying attention to the reports from the previous months, one may notice that the list of updates from the land-based and online gambling industries coming from the United States is usually the most extensive one. However, that’s not the case with the soon-to-end month of June as only three states witnessed some noteworthy changes.

Meanwhile, two Scandinavian countries revised their player protection measures, and so did the UK Gambling Commission. When it comes to South America, Brazil will still have to wait for the market to start operating while Puerto Rico unveiled instructions regarding the definite number of permitted machines in the region.

Most Significant Updates from South America

Argentina: The Río Negro Lottery launched an online platform, giving players a chance to check out a diversity of its lottery games, among which Quinella and Bingo. Players from Córdoba will have to wait a bit more to access sports betting and casinos, as the bidding for 10 permits which were supposed to greenlight both sectors was delayed. This means that the province will open its doors to online gambling in October 2022.

Brazil: It seems as if the country will have to wait a bit to have land-based and online sports betting regulated, as president Jair Bolsonaro postponed signing the decree. This was actually expected to take place in May this year, but he decided to delay it ahead of the October 2022 Presidential election.

As far as Senator Carlos Francisco Portinho, who led President’s government in the Senate, explained, the legalization process is rescheduled for 2023, as handling the launch itself and all that may come along could be challenging.

Meanwhile, Governor Ibaneis Rocha enacted legislation to open a new lottery in the Federal District, and granted a license to Banco de Brasília (BRB). The company has permission to offer lottery draws and instant games along with sports betting.

Paraguay: According to Law No. 6903, enacted by President Mario Abdo Benítez, slot machines are not allowed outside of slot parlors and casinos.

Puerto Rico: Following approvals to regulate gaming machines issued by the Puerto Rico Tourism Commission, the market is permitted to set up a maximum of 25,000 machines during the first year. Their number can be increased to 10,000 per year, up to the maximum of 45,000.

All gaming machines need to be connected to a Central Monitoring System. As far as clarified, the income from the operation of the new machines in Puerto Rico should not amount to more than 50% of the total income of the establishment where those machines are placed.

Norway: Based on the Gaming Authority’s proposals Norsk Tipping will have to introduce a mandatory break for customers who have been playing high-risk games for one hour.

Sweden: Instead of extending ISP blocking to all offshore online gambling suppliers, the Government will continue to halt only those who are actively targeting the market.

The Rest of Europe

Gibraltar: According to the newly-proposed draft Gambling Act, operators interested in receiving the license would need to have a local presence in the country.

Greece: As far as the Government decided, the max stake for online games is now €2, instead of the current €20, while the cap on online casino Jackpots is now doubled from €70k to €140k.

Poland: If a Parliamentary Committee’s proposals are approved, the Government will have to increase its current tax on sports betting turnover from 12% to 22% tax on the gross win.

United Kingdom: The Gambling Commission revised its consumer protection guidance for online operators to cover additional information on a wider range of sectors. One of the crucial updates is the one obliging operators to include the identification of vulnerable consumers and indicators of harm.

Updates from the United States

Texas: According to the ruling of the Supreme Court, Ysleta Del Sur Pueblo and Alabama-Coushatta Tribes have permission to offer electronic bingo on tribal land under their current gaming compacts.

Virginia: 888 rolled out its Sports Illustrated branded online sportsbook on May 25, 2022, via an agreement with Virtual Entertainment Partners, giving locals the opportunity to explore sports betting.

West Virginia: Thanks to an alignment with the Mountaineer Casino Rush Street Interactive started operating its online sportsbook BetRivers on June 7, 2022.

Saskatchewan: Saskatchewan Indian Gaming Authority (SIGA) teamed up with BCLC to offer sports betting, casino games (including the live casino), and poker to locals via the PlayNow platform, with the official launch date to be announced yet.

Regulations in AU, Africa, and Asia

Australia: According to the new regulations introduced by the New South Wales Government sign-up bonuses and special odds should be banned. Regarding the ads, they should be arranged in a way so as not to encourage people to gamble. The Queensland Government approved plans to increase the consumption tax levied on all bookmakers. Instead of the current 15%, the tax will be raised to 20% of the gross win.

Kenya: The state will maintain its current tax rate of 7.5%, as the proposals to reintroduce a 20% turnover tax on sports wagering were removed from the 2022 Finance Bill.

India: All print and electronic media platforms across the country were instructed to stop broadcasting ads that promote online betting platforms.

Macau: The legislation for the region’s casino market received final approval from the Assembly. This means that the current number of casino licenses will remain at six, with a validity period of 10 years. Regarding junkets, they will only be allowed to cooperate with a single casino and must be paid via commissions only.

The post Overview of Regulations in Online and Land-Based Gambling Industries- June 2022 first appeared on RealMoneyAction.com.