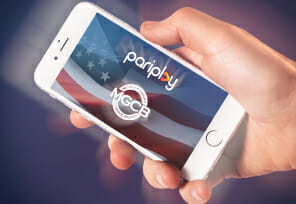 Leading aggregator and developer of online slots, Pariplay, announced that the company has taken another step towards the US market thanks to its new license.

This subsidiary of Aspire Global will now be able to operate in Michigan State. Namely, the brand will launch its online products in this country thanks to the Provisional Internet Gaming Supplier License. Its incredible, top-rated offering will be included in the product distribution as well as aggregation offering.

The developer announced that in the coming period it will enter into partnerships with well-known casinos operating in Michigan.

Twelve months ago, Pariplay made an important milestone in its work when it left its footprint in New Jersey. This was followed by another turnaround in the second half of last year. Namely, this well-known casino software provider has guaranteed another license in the US, thanks to which it will be able to launch its offering in West Virginia.

Words From the Rep

Adrian Bailey, Managing Director at Pariplay, said:“We are very pleased to be granted our Michigan license in what is an important moment for Pariplay. We’ve made a concerted effort to grow our reach in the US both through signing new partners and gaining new licenses, and this approach continues to generate success for us. It’s an exciting time at Pariplay and we can’t wait to get started in Michigan.”

Over the past year, Pariplay has appointed new members to its team.

In December 2021, Callum Harris was appointed Director of Partnerships while Michael Salih is now the brand’s Lead Game Producer.

This leading aggregator has also unveiled to the public its new platform for its in-house gaming studio called Wizard Games.

The company is headquartered in Gibraltar, and so far, its business scope developer has expanded to several key markets. Also, the offices of this provider are located in Malta, Israel, Bulgaria as well as India.

The post Pariplay Approved to Go Live in Michigan first appeared on RealMoneyAction.com.