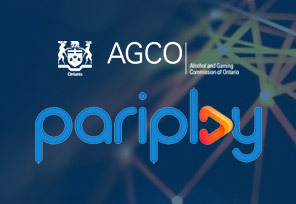 Pariplay, one of the most famous casino content providers in the iGaming industry, announced that it has guaranteed another necessary approval that will allow it to expand its business roots even further – this time in Ontario.

This already popular market among developers is set to go live on April 4th.

The new supplier license has paved the way for Pariplay to reach this Canadian province and introduce its offering to this soon-to-be-launched market.

Players will get the opportunity to check out what Pariplay’s Fusion platform has to offer right after opening the Ontario market. The titles that this platform contains are localized, and the products came from over 80 suppliers.

Expansion to another Canadian province is a very important step for Pariplay. Namely, after April 4th, the supplier will get a chance to be among the first to launch its content, which will further strengthen its presence in Canada, and thus it will also improve its position in the iGaming industry.

Pariplay Managing Director Adrian Bailey said:“We are very pleased to be granted our Ontario license, which allows us to build on our success and bring relevant and varied content to regulated markets.”

Over the past year, the developer has entered the North American market by stepping up to New Jersey. Pariplay, meanwhile, has guaranteed licenses that have allowed it to launch its offering in Michigan and West Virginia.

What is also very interesting is that this is not the first time Pariplay has left its footprint in Canada. Recently, the company stepped into the Canadian province of Alberta and on that occasion marked its presence in this market as well.

“We’ve made a concerted effort to grow our reach in Canada both through signing new partners and gaining new licenses, and this approach continues to generate success for us,” Bailey added. “It’s an exciting time at Pariplay and we can’t wait to get started in Ontario.”

More On the Developer

This popular company was established in 2010. The main headquarters of the brand is located in Gibraltar with offices in Malta, Israel, India as well as Bulgaria. It holds licenses issued by competent authorities including the Gibraltar Gambling Commission, the Malta Gaming Authority, the Romanian National Gambling Office, the UK Gambling Commission, the New Jersey DGE, Michigan’s MGBC, and the West Virginia Lottery.

The post Pariplay is Ready to Step into Ontario with a New Supplier License first appeared on RealMoneyAction.com.