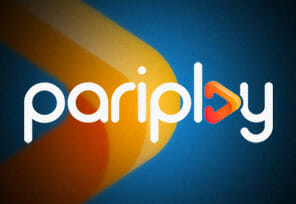 Pariplay, one of the leading and most recognizable casino software developers in the iGaming industry, has decided that the new Lead Game Producer of its Wizard Games studio will be Michael Salih.

Salih, during his work, will be in charge of making roadmaps in the future for The Wizard Games, but in any case, he will also cooperate with other departments within the company to ensure the development of the best products.

The Wizard Games brand was birthed from Pariplay’s idea for in-house games studio, and the goal of this brand will be to enable users in various markets around the world to enjoy an unforgettable iGaming experience.

Salih has over 10 years of experience, so it is no surprise the developer chose him for this position. Before this most current, Salih built his experience in great companies such as Yggdrasil, Exient, and Jagex.

The Wizard Games already offers leading casino solutions in as many as 15 countries across Europe, North America, and Latin America thanks to Pariplay’s Fusion aggregation platform.

Salih said: “I am delighted to join Wizard Games at this exciting time for the studio with our new commitment and focus on further enhancing our offering with premium content that will appeal to players from all over the world. Pariplay’s games are renowned in the industry, and I’m thrilled to now join the talented team and be part of the company’s future content strategy which will see us launch an exciting roadmap next year.”

Pariplay, which recently teamed up with Holland Casino, owns its new The Wizard Games platform that has been around since November 2021. Also, this well-known provider owns two innovative platforms, the Fusion aggregation, and the Ignite Studio development program.