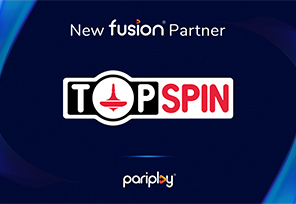 Pariplay has further expanded its Fusion® aggregation platform offering by signing a deal with TopSpin Games, a software developer of premium online casino content inspired by rich Indian culture and targeted at players from the world’s second most populous country. Apart from a selection of slots, TopSpin’s portfolio includes a variety of table games and bingo, all created with a mobile-first approach and available in eight Indian languages to reach the largest possible audience.

For the Indian software developer, the future goal, however, is to expand the brand’s presence on a global scale and significantly increase its player base. The partnership with Pariplay is definitely an important step forward toward bringing this ambitious plan to life.

“We’re always on the look out to get interesting, unique content and TopSpin Games certainly supplies that! With its artfully designed coterie of Indian games, their titles are a point of real difference in the industry and we’re very happy to add them to our Fusion® platform”.

“Pariplay’s status as a leading aggregation platform is well known and we’re very pleased to partner with them as we look to further our brand presence globally. Our games appeal to a diverse demographic, as we take inspiration from Indian stories to bring them to the iGaming world”.

The latest deal with TopSpin is one more piece of great news in a series of strategic agreements that have been penned by Pariplay over the recent weeks in order to cement its position as one of the major one-stop shops for iGaming products.

The post Pariplay Spices Up Its Fusion® Offering with Indian-Focused Games from TopSpin first appeared on RealMoneyAction.com.