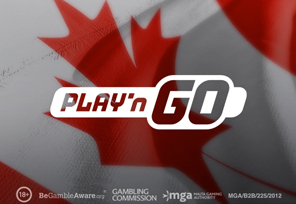 The opening of the new Ontario market is expected to be on April 4th. For this reason, several iGaming brands are trying to guarantee the necessary licenses and certificates as soon as possible, which will enable them to start working immediately after the launch of the market.

Play’n GO is one of the developers who announced that it received the green light from the authorities that will allow the brand to leave its footprint in Ontario as soon as the market is open. Namely, it has guaranteed a new supplier license issued by the Alcohol and Gaming Commission of Ontario (AGCO).

Thanks to this thumbs up, players from Canada will get the opportunity to try out some of the most sought-after online titles in the iGaming industry after April 4th, such as the Rise of Olympus, Book of the Dead, Reactoonz, and Tome of Madness.

Play’n GO Chief Commercial Officer, Magnus Olsson, gave his comment regarding the new license and stated:“Regulated markets are vital not just to Play’n GO’s business strategy, but to the industry as a whole; they ensure a safe gaming environment for players, and operators can focus on providing a fun and entertaining experience that is truly sustainable. Ontario is an important province representing some 40% of the population of Canada, and we look forward to players there enjoying our games.”

“Ontario represents just the first stage in Play’n GO’s North American entry strategy that will see our titles shortly be made available in selected regulated US state-level iGaming jurisdictions for the very first time.”

This is a very important step for the future of the company as this is the first move made regarding the developer’s entry into the North American market.

Among the companies ready to launch their content in Canada is Bragg Gaming, which recently guaranteed the necessary license.

However, Rush Street Interactive plans to launch its offering in Ontario in partnership with the BetRivers Brand.

In addition to the above, 888 Holdings, theScore Bet, and we believe many others, will be present.

Olsson added:”With Ontario’s regulated market opening, followed by our entry into the USA, it’s set to be an exciting year for Play’n GO. Our strategy remains to engage with all regulated jurisdictions, and we thank the AGCO for our license award.”

The post Play’n GO Ready to Step into Ontario Thanks to New Supplier License first appeared on RealMoneyAction.com.