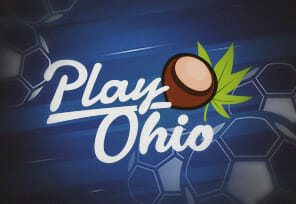 PlayOhio has estimated that the state of Ohio will be a successful sports betting market that will be able to produce $900 million in gaming income, $12 billion in stake as well as $90 million in state taxes.

Of course, we must understand that something like this requires the market to mature.

Eric Ramsey, an analyst for the PlayUSA.com network, which includes PlayOhio.com, gave his opinion and said: ”Ohio is a large state that has embraced an open model, which will make it immensely attractive to both national and local operators. The common element among the largest markets in the U.S. is that they all foster competition among many operators. Those markets are far more appealing to bettors, which in turn makes the industry a more reliable revenue producer for the state. “

For something like this to be achieved, it is necessary to wait for the signature of Governor Mike DeWine, who must sign the law on the official legalization of sports betting in this country. After doing so, Ohio will join the list of 30 other U.S. states and Washington D.C. which have already legalized this form of entertainment.

Will the Revenue Be Satisfactory?

Also, Ohio is believed to become one of the largest markets after the launch of Buckeye State in January 2023, as planned.

However, it is expected that retail markets, as well as online operators, in the third year of the sports betting market will be able to generate between $9 billion and $12 billion in wagers annually. In that case, per year it would be between $700 million and $900 million in gross income.

The tax in this state is 10%, which would again mean that Ohio would receive about $90 million in taxes per year.

The market will be very successful for many reasons. First of all, operators will be able to offer betting on a large number of professional and collegiate sports, but also on eSports.

Interest in this type of entertainment will be stimulated thanks to 9 professional franchises, 13 colleges with NCAA Division and athletics, but also including 8 colleges with FCS football programs as well as.

‘‘PlayOhio.com: Ohio Sportsbooks Will Grow to Generate as Much as $ 12 Billion Annually Once Market Matures’’, prnewswire.com, December 22, 2021.

The post PlayOhio Announces State Sports Betting Market May Be One of The Strongest first appeared on RealMoneyAction.com.