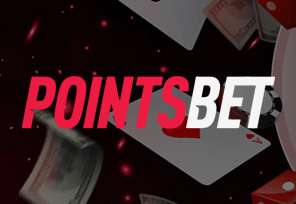 PointsBet, one of the leading and most famous operators in the iGaming industry, is once again expanding its business roots to another key market.

This popular brand will expand its global reach with the latest step that will significantly improve the brand’s position in the industry. Namely, PointsBet announced on Wednesday that the company will launch its online casino titles in Pennsylvania.

As announced, the operator has met all the requirements set by the Pennsylvania Gaming Control Board and the company’s offering will be available immediately.

Punters from the Keystone State who decide to check out portfolio of this amazing casino will have the opportunity to try out fantastic releases from several very famous brands including IGT and Evolution. These releases are very interesting and we can say with certainty that they will win the hearts of the Pennsylvania punters in a short time.

Words from The Rep

Aaron O’Sullivan, Pointsbet’s VP of Online Casino Revenue, said in a statement:“Just a few short months after launching PointsBet in the state, we are excited to now be able to introduce the Pennsylvania market to our online casino product. At PointsBet, we pride ourselves on our ability to not only deliver our users with a sports betting product and casino content as well – creating a holistic PointsBet user experience.”

What we have been able to notice lately is that the company is expanding at a high speed. PointsBet has left its footprint in several key states, which significantly influences the development of the brand.

In as many as ten states casino has launched its sports betting offering, and in as many as 4 states players can find the operator’s iGaming offering including Pennsylvania, Michigan, New Jersey, and West Virginia.

However, this is not PointsBet’s first entry into Pennsylvania. In February this year, the brand introduced its mobile app and digital sports betting releases in this state and thus made its presence official.

When it comes to the casino’s sports betting content, players can find it all over America including states such as Colorado, Illinois, Indiana, Iowa, Michigan, New Jersey, New York, Virginia, West Virginia, and Pennsylvania.

The PointsBet brand was founded in 2015 and is headquartered in Denver, Colorado. What is very interesting about this operator is that this casino has partnered with NBC Universal and thus become the Official Sports Betting Partner of NBC Sports.

However, its first iGaming offering was unveiled at Michigan State in May last year.