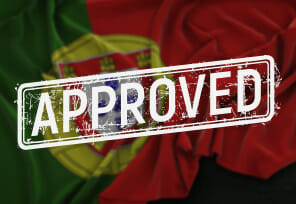 All the members of the Portugal legislature said yes to a proposal that aims to establish restrictions on gambling advertising. Four bills were discussed by the Assembly of the Republic, and each one of the members agreed that gambling should be treated similarly to alcohol promotion and that it should be restricted from television and radio advertising between 7 am and 10:30 pm.

Bill 919 and Bill 343 are the two of four bills that were in question in the Assembly.

The bills seeks to revise Portugal’s Code of Advertising by including further restraints on gambling promotion.

During the coronavirus pandemic, the high rise of online gambling in Portugal was reported. 329, 400 new players registered on gambling sites in the first three months of 2021. This caused the creation of Bill 919. One of the aims of this bill was to impose more protection for minors in advertising.

The government reacted fast to the problems, and new bills were established. On April 28th, Bill 343 was announced. The reason was the same; online gambling continued to increase due to the Covid-19 pandemic. The goal of the Bill 343 was to limit the advertising of online gaming platforms.

The Government of Portugal did not stop there. Furthermore, Bill 951 was formed with an intention to make it obligatory for the television and radios to include warnings for advertising “social games,” as the media calls them. The Government thinks this warning may help those players who suffer from gambling addiction while preventing others to slip into dangerous addiction.

If you wish to be completely excluded from gambling advertising online, Bill 952 could make this possible. It calls for a self-exclusion process for those internet visitors who don’t want to see advertisements for gambling online.

All the four bills were voted yes and approved by the Assembly of the Republic of Portugal on October 1st, 2021.